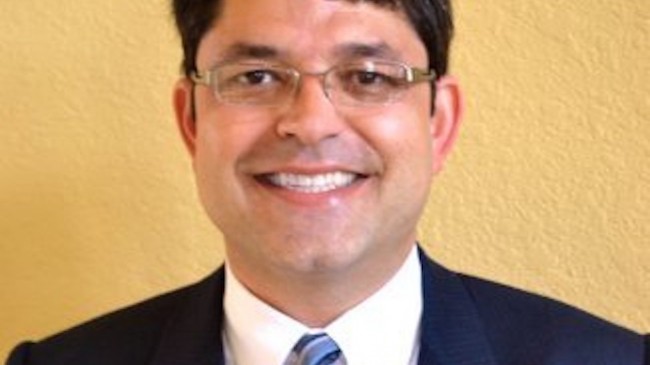 New York, Sep 27 (IANS) An Indian-origin lawyer in military style clothing emblazoned with a swastika went on an early morning shooting rampage injuring nine persons in Houston city of the US on Monday, before he was killed by police, authorities said.

Nathan Desai was armed with a handgun and submachine gun during the 20-minute shooting spree when he fired at passing cars and the police, according to ABC13’s Eyewitness News.

Citing sources, the Eyewitness News said Desai used his car to stockpile ammunition and a tree for cover when he was shooting, right outside his condominium complex on Law Street.

The police said they did not know why Desai went on the rampage hitting people at random.

Desai’s name was written with the ‘S’ capitalised in media reports in Houston, making it sound European, but his father was identified as Prakash Desai.

All of his victims survived but one person was critically wounded and five others were hospitalised, Houston Police acting chief Martha Montalvo said.

Montalvo described the shooter as a lawyer who was having problems at his law firm. When the police responded to the shooting, he shot at them and was killed when cops returned fire, she said.

The shooter’s father, 80-year-old Prakash Desai told Eyewitness News that his son was “upset about the law practice not going well”.

He didn’t believe his son was the shooter as the two were said to have had dinner only 12 hours before the shooting.

John Elmore, the property manager for The Oaks at West University, where Desai lived, said Desai’s behaviour had been erratic for the last two months. He seemed paranoid and thought someone was “out to get him”, Elmore said.

Desai, 46, had no active civil or criminal cases, according to Harris county court records, accessed by the Eyewitness.

He had only two new criminal cases since 2013. In February, he and his law partner Kenneth McDaniel of 12 years parted ways and neighbours believed he was doing law work out of his condo.

“We made a mutual decision, roughly in February, to simply no longer operate as a partnership for economic reasons,” said McDaniel. “I feel very sorry for him and for those people.”

Desai owned several guns to protect himself against his clients, some of whom were “funny people and criminally-minded people”, his father said.

Houston Chronicle said that Prakash Desai is a retired geologist.

The daily reported that the police found in his flat several military items that went back to the Civil War.

Police found a Thompson submachine gun in his Porsche and a 0.45 caliber handgun that he used against the police.

The Chronicle said that the police used a robot to examine his car and his flat for explosives.

This is the second mass shooting in 13 years by a person of Indian descent in the US.

In 2003, at the Case Western Reserve University in Cleveland, Biswanath Halder went on a rampage, taking hostages, killing a graduate student and wounding another and a professor.

A graduate of the university’s business school, he unsuccessfully sued a university administrator.

He was captured alive and sentenced to life after a trial.

Although it was not a mass shooting incident, in January 2016 Mainak Sarkar caused a lock-down at University of California – Los Angeles when he killed a professor there. He had also killed his wife and committed suicide.