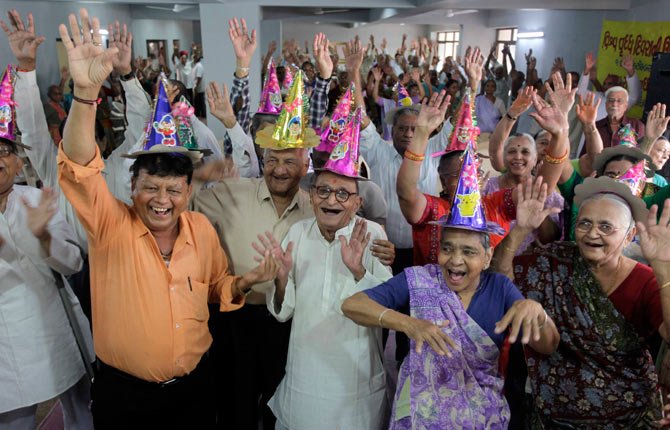 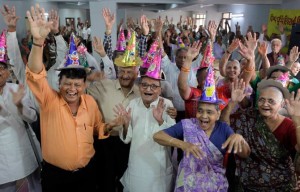 Guwahati/New Delhi, June 3 (IANS) “To live with dignity,” was the simple, four-word response by 75-year-old Sharmila Borah when asked why she opted to move into an old age home here. No, she has not been abandoned by her children, nor was she living a life of penury. It’s a choice Borah, like many other ageing and the elderly, are making to continue living in a dignified manner into the sunset of their lives.

Two years ago, when Borah’s husband passed away after a long battle with cancer, she called her sons – both married and well-settled in Delhi and Bangalore – and announced her decision to move in to the old-age home.

“There were murmurs among the relatives, but I couldn’t care less. It was a decision I had taken long back, when my husband was still alive. All our lives we had lived independently and with dignity, and I was not ready to compromise on that. I am sure my children would have been happy to take my responsibility, but it was not a decision I wanted them to take,” the feisty woman told IANS.

Using her husband’s pension to take care of the rent, she says she is happy with the choice she made. “My children and grandchildren visit me, and I have visited them as well. I am comfortable here, plus I have a lot of company, which I wouldn’t have had if I stayed alone, or with my kids because everyone is so busy,” she added.

Although it’s still not viewed with approval, old-age homes are slowly becoming a choice that the elderly, mostly in the metros, are increasingly making for themselves. A change in the social structure which has made joint families a thing almost of the past, when there was no dearth of company for the young and the old, has now led to the aged to be looking for companionship even as the young get busy with their own lives.

Damayanti Devi, in-charge of the Kasturba Gandhi National Memorial Trust (KGNMT) in Guwahati which runs various welfare projects, like schools, including an old age home for women, said that most of the inhabitants of their home are ex-employees of the trust who have decided to stay on instead of going back to their families.

“For most part of our lives we have lived here and after retirement most women realise that it’s now not possible to adjust to the lives that their families lead in the villages or the city. We get up at 4 a.m. and complete all our work by 8 a.m. An office goer begins his day at that time…it’s a different lifestyle,” Damyanti Devi told IANS.

Most of the 61 inhabitants of the home, she said, are in contact with their families who visit them at intervals. “We are very happy here. There is continuity in the way we have led our lives and most importantly there is companionship. If one complains of body aches, others in the nearby rooms come with aid; there is no question of loneliness,” said one of the oldest inhabitants who joined the KGNMT back as a young worker back in 1945.

Going one step ahead, and given the demand for care of the elderly post-retirement, there are a number of projects which have come up in the vicinity of big cities like Delhi, Pune, and Bangalore called “retirement villages”. These projects which have all the amenities including infirmary with medical services, library, gym, prayer and meditation rooms, are made up of individual apartments or cottages.

Ashiana Housing Ltd, for instance, has three retirement housing projects, called Utsav Retirement Resorts, in Bhiwadi (25 km from Gurgaon), Jaipur and Lavasa. Each has one, two and three BHK apartments with age-friendly fittings, swimming pool, billiards room, activity centre with indoor games and where hobby classes are organised, and a temple. It also has services of an on-the-site doctor and ambulance, plus 24-hours security.

Ashiana joint MD Ankur Gupta said: “The concept of retirement homes is catching on with the changing mindsets of people. The elderly are not forced to live here but choose to because it’s a lifestyle they want for themselves post-retirement. An increase in life expectancy, plus knowledge about retirement homes, is helping them take this decision and their children too are happy with them leading a happy and safe life”.

Most of such retirement villages have the option of independent/active living and assisted living. In the case of assisted living, the inhabitant is ill or bed-ridden and, therefore, all care is provided by the staff. The village also has a dining hall where people can opt to eat in case they don’t want to cook.

Most also allow children of the seniors to visit and stay with them for a particular stretch of time. If it’s a couple staying, at least one of them has to be over the age of 55.

“Most of us living here have our children living abroad. In this day and age of high crime rates against the elderly, and lack of help at home, these retirement villages are the perfect option for someone like my wife and me,” Ashok Mehra, who retired as managing director of a private company in Delhi, told IANS.

“We bought a 2 BHK here, and are living independently, and yet when we need help, it’s at hand. Our kids have peace of mind and we couldn’t have asked for a better post-retired life,” he added.