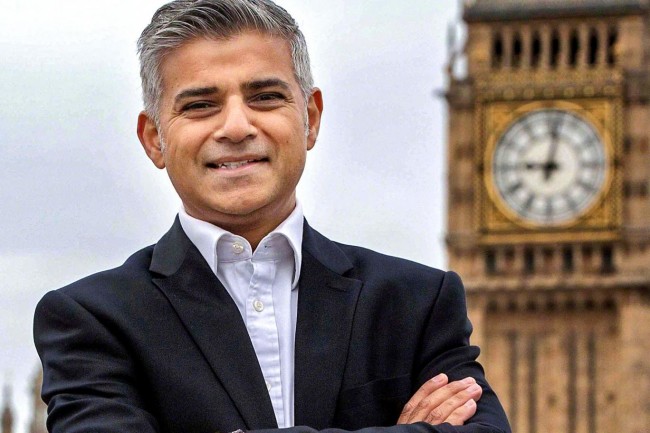 The 45-year-old Pakistani-origin Khan won 57 percent of the vote to easily beat Zac Goldsmith (43 percent). His tally of 1,310,143 votes gives him the largest personal mandate of any politician in British history, The Guardian reported.

Seeking to put behind him a campaign that saw his rivals portraying him as an “extremist” and distributing pamphlets aimed at Hindus, Sikhs and Sri Lankans, Khan said that his victory showed that “Londoners have chosen hope over fear and unity over division”.

Son of a Pakistani bus driver who grew up to become a human rights lawyer, an MP and later transport minister in the Gordon Brown government – making him the first Muslim minister to attend a cabinet meeting — Khan’s is the quintessential heart warming immigrant success story.

With his win, Khan – London’s third mayor after Boris Johnson and Ken Livingstone – has ended eight years of Conservative control of City Hall and helped boost the morale of party leader Jeremy Corbyn on a day Labour were beaten into third place in Scotland by the Tories and had a poor showing in England and Wales.

As Khan’s victory seemed inevitable, critics slammed the divisive Conservative campaign, labelling it “very foolish” and one that leaves behind a “negative legacy” in a highly cosmopolitan city.

Even Goldsmith’s sister Jemima – former wife of Pakistani cricketer and politician Imran Khan – tweeted that it was “sad that Zac’s campaign did not reflect who I know him to be”.

During the campaign, Muslim groups complained the mayoral contest had sunk to “disturbing lows”, with the Conservatives being accused of trying to exploit racial tensions to help Goldsmith win.

Customised leaflets addressed to Hindu, Sikh and Tamil voters mentioned subjects such as Narendra Modi, the 1984 killing of Sikhs in India and the Sri Lankan civil war.

One leaflet had a picture of Goldsmith meeting Modi on a visit to London, and pointed out that Khan did not. Another alleged that the Labour party would tax gold jewellery owned by many Indian families, which was seen as a bid to stoke community tensions.

Khan, whose grandparents migrated to newly-created Pakistan in 1947 and whose parents arrived to Britain just before he was born in 1970, will now be faced with the task of implementing an ambitious manifesto programme.

He has promised to freeze fares of public transport for four years and ensure that half of all new homes built in London would be “genuinely affordable”, even as he becomes London’s “most pro-business mayor yet”.

As expected, in much of the Western world, the focus was not on Khan’s abilities as a politician, but on his religion.

Across the Atlantic, the Drudge Report headlined its developing story on the election as “Muslim mayor of Londonistan”, using the pejorative sobriquet to refer to British government’s tolerance of diversity.

The word figured in the title of a 2006 book, ‘Londonistan’: How Britain is Creating a Terror State Within’, by the British journalist Melanie Phillips about the spread of Islamism in Britain.

A joint venture to check heart attacks in India, US