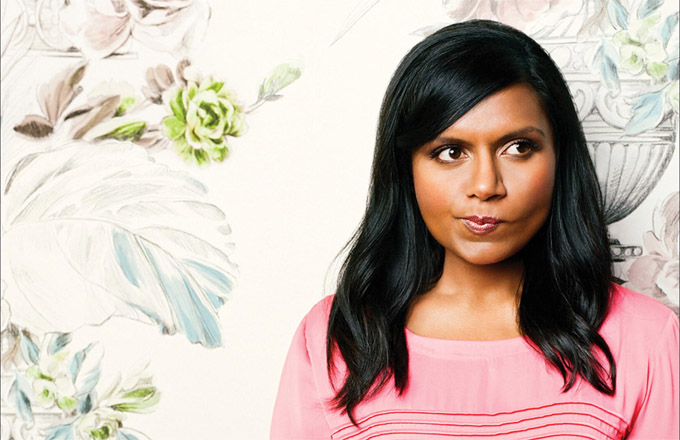 Los Angeles, Oct 10 (IANS) Actress Mindy Kaling has accused Emmy organizers of sexism, saying the Television Academy, which hands out the annual Emmy Awards, tried to strip her off from the producer credit on “The Office”.

Kaling was an actress, executive producer, director and writer during the NBC workplace comedy’s nine-season run.

In an interview to Elle magazine, Kaling recounted being singled out among her fellow writer-producers on “The Office” when it came to being vetted for Emmy eligibility, reports latimes.com.

According to the 40-year-old star, the academy justified its decision at the time by saying there were too many creatives in the credits.

Kaling, who was the only woman of colour on the team, said she was forced to go to extreme lengths to prove her value.

“They made me, not any of the other producers, fill out a whole form and write an essay about all my contributions as a writer and a producer. I had to get letters from all the other male, white producers saying that I had contributed, when my actual record stood for itself,” Kaling told the magazine.

The Television Academy has responded to the accusations, saying there was nothing personal behind the decision.

“No one person was singled out. There was an increasing concern years ago regarding the number of performers and writers seeking producer credits. At the time the Producers Guild worked with the Television Academy to correctly vet producer eligibility. Every performer producer and writer producer was asked to justify their producer credits,” an academy spokesman said.

Shortly after the academy responded to her statements, Kaling took to Twitter to argue that the organisation’s rebuttal “doesn’t make any sense” and further clarify her reasoning behind the decision to speak publicly on the subject.

“I *was* singled out. There were other ‘Office’ writer-performer-producers who were NOT cut from the list. Just me. The most junior person, and woman of colour. Easiest to dismiss,” Kaling wrote late on Wednesday night.

She continued: “I’ve never wanted to bring up that incident because ‘The Office’ was one of the greatest creative experiences of my life, and who would want to have an adversarial relationship with the Academy, who has the ongoing power to enhance our careers with awards? But I worked so hard and it was humiliating. I had written so many episodes, put in so much time in the editing room, just to have the Academy discard it because they couldn’t fathom I was capable of doing it all. Thankfully I was rescued by my friends, the other producers.

“The point is, we shouldn’t have to be bailed out because of the kindness our more powerful white male colleagues. Not mentioning it seemed like glossing over my story. This was like ten years ago. Maybe it wouldn’t happen now. But it happened to me.”

The actress of India origin also said that she is a proud member of the Television Academy.

“Hey, @TelevisionAcad! I have been a proud member for years. I was the 1st woman of colour nominated for writing a comedy script. Why not say ‘years ago we prevented a deserving woman of colour from getting credit for her accomplishments. We’re sorry and it would never happen now?’,” she posted on Twitter.

Kaling went on to be nominated for six Emmys, five for producing and one for writing. The show itself won five Emmy Awards and scored 38 other nominations.

US announces sanctions on Gupta brothers of South Africa