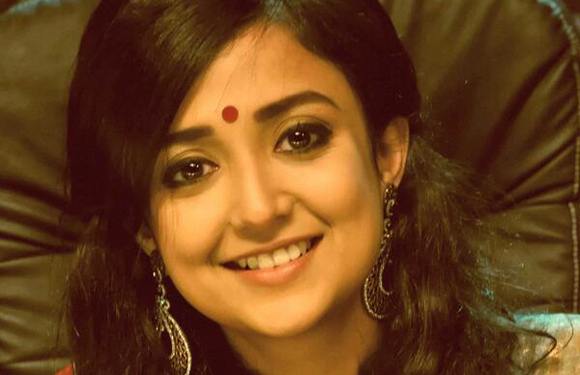 Mumbai, Sep 20 (IANS) She’s more known for her singing. But Monali Thakur of “Sawaar loon” fame, who has shown her acting talent with a hard-hitting performance as a child prostitute in Nagesh Kukunoor’s “Lakshmi”, is presently ecstatic about winning the best actress award at the recently concluded Washington DC South Asian Film Festival.

The enthused Monali exclaimed: “What can I say? It was a bolt from the blue. I thought the movie was forgotten, though the pain and suffering I went through in portraying the prostitute will remain with me forever. Now this award has strengthened my faith in my decision to pursue a double career as a singer and an actress.”

She has her plan set.

“Yes, I am going to continue as both an actor and a singer. When I did ‘Lakshmi’, the buzz in the singing world was that I was giving up singing for acting. In fact, Amit Trivedi asked about my plans. That shook me up. But now I feel I’ve the confidence to overcome people’s doubts and go ahead with both careers,” she added.

Monali says she isn’t happy with the quality of songs on offer.

“I’m in no hurry as a singer or an actor. I won’t accept everything that comes my way. The songs I sing have to have something to offer me. The same goes for the roles I accept.”

“It’s a comedy called ‘Mango’ directed by Abbas Tyrewala. I’ve a completely different role from what I did in ‘Lakshmi’. I play a feisty girl who cons three men played by Rannvijay, his brother Harman (who makes his acting debut) and Chandan Roy Sanyal into believing that she loves each one of them. After the dark gut-wrenching role in ‘Lakshmi’ I enjoyed this naughty comedy.”

She is looking at other acting assignments too.

“I want to be known as a good singer who can act,” Monali says ambitiously.