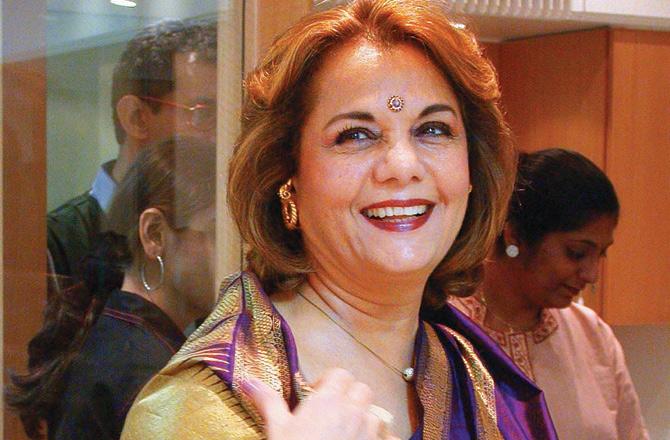 Mumbai, May 4 (IANS) Veteran actress Mumtaz is in London, hale and hearty, said her family members after a death hoax on social media.

Mumtaz’s daughter Tanya Madhwani confirmed that her mother is doing well through a post on social media. And her nephew and actor Shaad Randhawa told IANS that Mumtaz is enjoying her time with her grandchildren.

“So exhausting, another rumour of my mother’s death. She is healthy and looking beautiful as always and has asked me to let her fans know she is well! It’s all rubbish,” Tanya wrote on Instagram.

In an accompanying video, she said: “My mother is fine. She is in London… She is sending her love to you all.”

Sharing how the veteran actress reacted to the rumour, Shaad told IANS: “Firstly, Mumtazji is absolutely fine, healthy. She is actually having a happy time as she has four grandchildren.

“When she got to know about the rumour, of course, initially, she was upset and irritated but then eventually we all were laughing. She was like, ‘what is this rubbish, why these people keep doing this? More than anything, my fans, who loved me for years, are misguided’.”

The buzz began with some social media users, including key film trade experts, writing about Mumtaz’s death on Friday night.

“Well, Komalji (Komal Nahta, who first tweeted about the rumour) is a very respected journalist and even our family knows him. I am sure he did not do it intentionally. But we all know about the power of social media. If we put out anything, it just spreads everywhere like wildfire,” Shaad said.

Film director and writer Milap Zaveri had also dispelled the rumours first, and tweeted: “Just spoke to Mumtaz aunty and her nephew Shaad Randhawa on the conference. She is hale and hearty.”

According to Shaan, several family members also panicked after the death hoax.

“Milap started calling me repeatedly and my mother also got worried and started calling. They panicked. Then I made Milap talk to aunty and now things are fine.”

Even last year, rumours of Mumtaz’s demise had done the rounds. The 71-year-old actress is known for films like “Do Raaste”, “Bandhan” and “Loafer”.