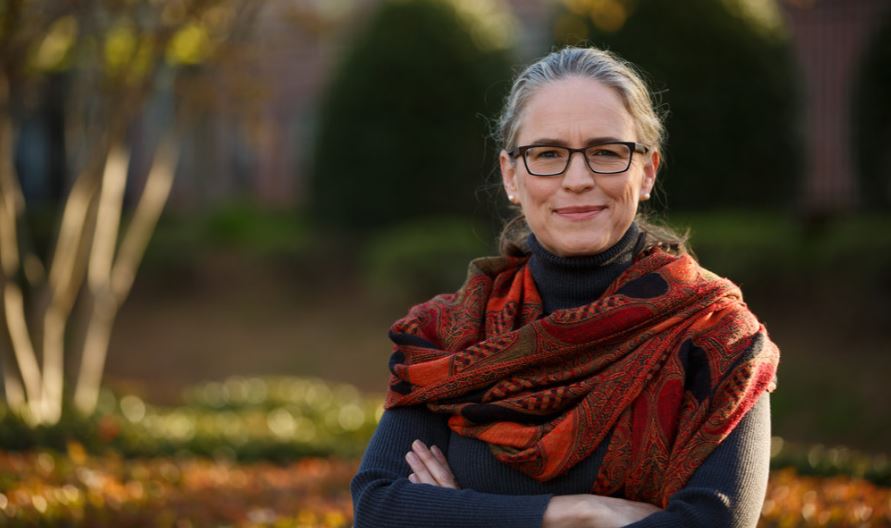 Dr. Bourdeaux, a professor at Georgia State University’s Andrew Young School of Policy Studies, ran against Republican incumbent Rob Woodall for Georgia’s 7th Congressional district in 2018, coming within 433 votes of flipping the seat, making it the closest U.S. House race nationwide. She has served as a political aide to Ron Wyden for four years, when he served in the United States House of Representatives and then in the United States Senate. She has also served as Director of Georgia’s Senate Budget and Evaluation Office, where she worked in a nonpartisan role to help the state balance the budget during the Great Recession. The Georgia State Senate later honored her for significant service to the state of Georgia with Senate Resolution 1598.

Biden picked Kamala Harris, a woman with Indian and Caribbean heritage as his running mate. Is the country ready for a strong, female person of color to become Vice President?
I am very excited about Kamala being at the top of the ticket and yes, I think she does – she has different set of experiences and a different set of life’s backgrounds to bring to the table. She is a woman, she has a South-Asian background, but she is also really qualified. She Is very experienced, very knowledgeable and we are in a time in this country where we need experience, confidence, good leadership, and people who know how to manage through a crisis. And I am very pleased she is on the ticket. I think she brings a lot of knowledge to the ticket, and that is really important.

Recently, Indian and Chinese troops locked in a bitter standoff in several areas along the Line of Actual Control (LAC) in eastern Ladakh. India received bipartisan support in a call for China to end the aggression. Where do you stand on this issue?
There have been so many wonderful partnerships between India and the US, and we do have a very natural alliance, being culturally diverse democracies with very vibrant private sectors and a lot of commitment to free enterprise, to education and so I really want to strengthen and see that alliance grow and grow stronger. My concern with a lot of what’s happening internationally right now is, United States is not in a strong position anymore to be a world leader. We have sacrificed a lot of our global leadership – you see it in the corona virus crisis where we are the laughing stock of the world in terms of how we have managed this. The disease is out of control in this country. We have more deaths right now than any other country in the world. That’s horrible and horrifying. Beyond that, we have really undermined a lot of international institutions that have been so important in keeping the peace in the world. So, one of the things I really want to see is that the United States has every capacity of getting our act together if we have appropriate leadership. Then we can be an effective partner for India in helping peacefully resolve the conflict across the border.

Rob Woodall was a great friend of India and the Indian American community. He was seen at most major Indian events in Atlanta. Can the community expect the same friendship from you?
Absolutely. One of the first places I went to, was the BAPS temple in Lilburn and met some community leaders there. My campaign is very diverse. And we have people from pretty much every community in the district. When I started this campaign, actually some of the key leaders who helped jump start the whole effort were from the South Asian community. I recently had a South Asian community round table that was chaired by Subash Razdan and was honored to have his presence and many other leaders of the community involved in that and I absolutely expect that to continue. I have really enjoyed my many friendships with people of the South-Asian community.

Have you been to India?
It is top of my list. Some of my good fiends offered to give me tours. So, I am looking forward to that once we get past the coronavirus.

The 7 percent per-country cap keeps high-skilled green card applicants from countries like India and Mexico in a limbo for decades, if not their lifetimes. Also, the Trump administration had temporarily suspended the H1-b visa program and has since then relaxed some rules for H-1B visas that allow applicants currently outside the US being considered for a visa if they meet a certain set of criteria. H1B visa is very popular among Indian tech workers. Do you think the country needs H1-B visas at this time?
I could imagine some stoppages because of the coronavirus crisis. Going past that, this country has always benefitted from drawing the best and brightest from all over around the world and our employers have always benefited and this area. The 7th district is very diverse. Over 25% of the people in this district were born outside this country. And the economic vitality, the entrepreneurship and entrepreneurial energy that comes from the immigrant communities is something that is very important, and I want to continue to promote. The H1B visa program is a very key path to do that, so I do support it, I do support expanding it. I do support working with the employers to making sure that we can draw in those incredibly talented employees from around the world.

Our immigration system needs a pretty comprehensive overhaul and we want to consider the green card program in that context. What we really have in this country is a mismatch between our employer needs and our immigration system. We also need to make sure that we are supporting the families who come here, and they are able to bring families over. I talk to families who waited 20 years to bring their wife over, or their brother over– we need a comprehensive review of our immigration program and we need to reevaluate how we are doing things.

More and more Indians Indian Americans, who have never been politically inclined before, are coming out to support your campaign. What do you know about these people and their cultures?
I am learning every day. I love history and actually Subash Razdan recently gave me a rundown about South-Asian geopolitics going back to the Mughal empire. I am a student and learning more every time, and every day. I am here to listen. I am here to learn. And I am here to in fact to be an advocate of all communities and that very much includes the very vibrant and wonderful South Asian communities.

Despite Indian- American students doing extremely well in academics and extra-circular activities, and Indian-American doctors making headway in the medical field, it is a known fact that they are discriminated against when it comes to admissions in Ivy and Medical schools. How do you address this problem?

This is a country that very much promotes and believes in merit, but we also do have to address some of the long-term historic discrimination that has happened in this country. First of all, I went to Yale University, the first in my family and in our community. We deeply valued education. My family went bankrupt while I studied at Yale, and my community chipped in to help me make through. So, I understand that. I have an 8-year-old son. I want him to have every opportunity in the world. One of the things to think about is that I went to Yale and this was in 1988. About 30 years earlier I would not have been able to go. And people from the South Asian community would not be able to go. And so, in this country, we deeply value merit, achievement, and hard work. We also have to recognize though that we trying to open the door to opportunity to many communities and in particular, think very carefully about communities that have suffered from discrimination. A few months ago, we saw a policeman kneel on the neck of a black man and kill him on video. That was just because it was caught on video. And so, we know that racism has really spread its roots in society, and we have to balance between that incredible drive of wanting to reward merit but also making sure the door to opportunity is open to all communities in this country.

While on racism– do you have a plan to heal a divided country?
It is so hard to watch. I got into this race for many things. Healthcare reform is very important to me– to make sure everybody has quality affordable healthcare, I believe in a county that is diverse, that is inclusive, that is global in its outreach and aspirations. It’s a vision of America that aligns a vast majority of people I know from the South-Asian community. We want our children to be citizens of the world. We want them to walk in many different cultures and be comfortable there. Some of the things I want to do when elected is to have a series of community conversations about racism, about diversity, and when trying to deal with underlying structural issues that disproportionately affect some communities. We all want the same opportunities; we face different barriers to getting there – try to address those barriers. Gwinnett is so diverse. Forsyth is one of the most diverse counties in the country. Take this diversity and leverage it for economic development. People want to be part of this global community in the 7th district. Take that diversity and leverage it and make that our strength as we go forward.

Why should Indian Americans vote for you?
First, I’m in this race because our elected officials in this county have really lost their line of sight to the people of this country. And you see that in our healthcare system. We have a 100, 000 people in the 7th district who don’t have health insurance. And actually, one of the first things I did when I got into this race was to sit down with doctors who also happen to be South-Asian, actually. We talked about what we are seeing in the front lines. People’s lives are just being devastated by the failure to expand Medicaid, failure to get control of insurance premiums, the failure to reduce the cost of prescription drugs. So one of my first priorities is that we need to make some very important changes to take care of people in the way that every developed country in this world takes care of its people, by ensuring, healthcare, by ensuring a living wage, making sure people have access to world-class education, basic things like that to strengthen our country. But beyond that, my vision of this country and this community is grounded in diversity, inclusion, and globalism. We want to be the entrepreneurs for the world. We want our children to be citizens of the world, grounded in community. So, I ask people to get involved in my campaign and support my vision of what my county and community should be.