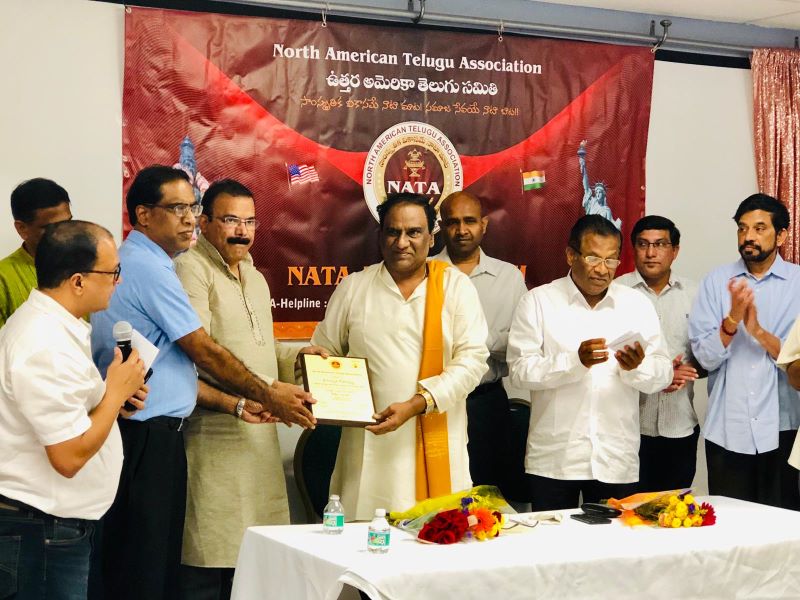 This was the third NATA event this year after a successful Golf Tournament and ART Exhibition.

NATA team arranged lunch for this afternoon program. Guests enjoyed the lunch then sat down for fours hours of entertainment.

As part of the membership drive, NATA Atlanta team signed up 410 new families as members including one Diamond, 7 Gold, 11 Silver, and 391 new life members.

“Thanks to all BODs,  RVPs, RCs, and Standing committee chairs who made record new memberships possible,” Indurti said. “This membership drive is an ongoing process and NATA Atlanta team is trying to get more new members to NATA family.”

Annakut Every Sunday at Hanuman Mandir