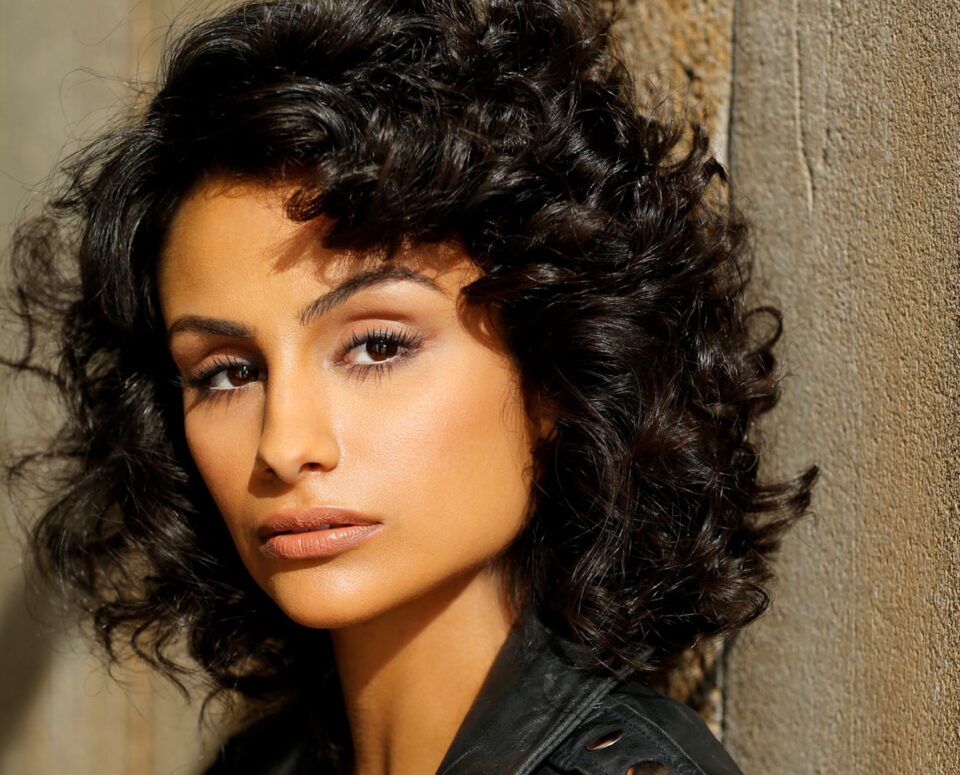 BY JYOTHSNA HEGDE
With inputs from Namita D. Sudan

“The most challenging part about my character in The Last Conception was how multidimensional and layered she was in every way, “said Nazanin Mandi, in her exclusive with NRI Pulse. Mandi plays the lead in Indian-American romantic comedy The Last Conception, which was released on numerous platforms including Amazon Prime, Apple TV, Fandango, YouTube, Rogers, Google Play, among others. The film is centered around the Sikand family which learns that their only hope of continuing their “ancient bloodline” is their skeptical gay daughter Savarna, played by Mandi.  Directed by Gabriela Ledesma, the film features Mandi, Callie Schuttera in lead roles. It is produced by Poison Pictures and distributed by High Octane Pictures and California Pictures.

“I’ve been acting off and on since I was 15 years old so to be honest Reality TV was most definitely something I did that was out of the norm for me. I landed the part of Savarna when a manager I’ve known in the Industry sent me the casting. I auditioned a few times and landed the role,” said Mandi about landing the role. Mandi’s first appearance on reality television was on Shahs of Sunset. On July 25, 2019, she released her debut single, “Forever Mood,” via Billboard, which was produced by The Code and co-executive produced by Midian and her husband, Miguel Jontel Pimentel.

What was the most challenging aspect about her character? Delicately executing Savarna’s personal growth from start to finish even though she’s a strong personality, Mandi observed was a challenge, adding, “finding the balance was definitely a challenge I gladly accepted.”

“Finding the balance required empathy and sensitivity. As an actor it’s my job to mentally step in someone’s shoes and live there for some time and I did just that,” said Mandi about balancing various elements in the movie, playing a Buddhist, involving Indian community and the LGBTQ community.

Mandi says she is currently working on a book, which is in the works, a few shows, and plans to start her own life coaching platform.

Mandi was featured in BET’s “Body of Work” segment where she spoke about breaking a diet pill habit and her journey towards healthy weight maintenance. So, what is her advice to women/girls who aspire t maintain this balance? Mandi believes that in order to maintain a healthy balance, one must allow themselves to live, experience and indulge from time to time. She also noted that being too hard on oneself only increases the issues and stress which she had to learn the hard way, many times. “Balance takes practice. Balance is ebb and flow, it is not perfection. “