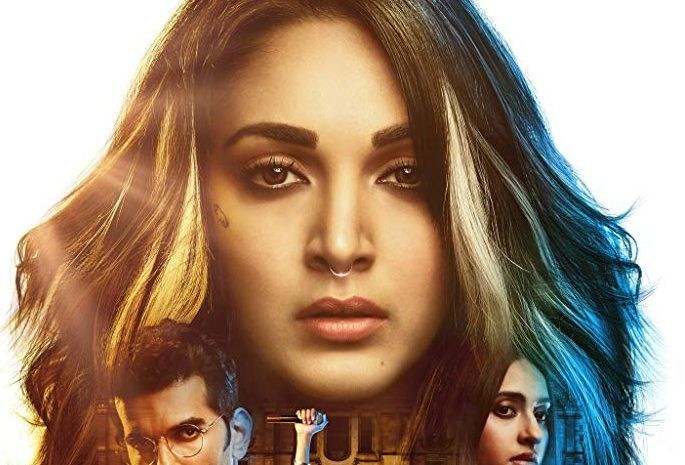 Decades before MeToo became an official platform, Jodie Foster’s Oscar-winning act in the 1988 film “The Accused” had already tried initiating a conversation along the line that a woman cannot be slut-shamed or victim-blamed for a sexual assault or rape on her, no matter what. In India, a few years back, we had the brilliant “Pink”, which underlined the maxim that, when a woman says so, no means no.

“Guilty”, touted as the brainchild of an all-women creative, tries discussing the conversation through a story of rape allegation set against the backdrop of MeToo, which makes it relevant. Any film that attempts to talk to the audience on this subject should be deemed important, and that is despite its cinematic merit or the lack of it.

Yet, as “Guilty” highlights its message, you somehow are left with the impression that, instead of charting a new course, the makers are happy trying to churn out just another “Pink”, without quite the same creative edge or earnestness.

Ruchi Narain’s film, based on a script she has penned with Kanika Dhillon and Atika Chohan, hits the ground running. Your anticipation is amped as a sequence of police investigation reveals there has been a rape in a top Delhi college during Valentine’s Day festivities. The accused VJ (Gurfateh Singh Pirzada), it turns out, is darling of the campus. No one is quite willing to believe the victim, a regular girl from Dhanbad named Tanu (Akansha Ranjan) who is clearly not the popular one around.

That bit is crisply conveyed within the first 10 minutes or so. Narain reserves the gradual dissection of the situation over the next scenes. Outside the uniformity of the college classroom, the societal differences are quietly laid bare. VJ hails from an affluent family. His father (Manurishi Chaddha) has a promising political future while his mother, a onetime model, is a prominent face in Delhi’s cocktail circuit. For some reason, VJ’s father is not quite convinced of his innocence, although everyone else including his girlfriend Nanki (Kiara Advani) absolutely is.

The story really gets going with Kiara’s Nanki Dutta. A bright student with a rebel streak and deceptive exterior calm, she flaunts her ‘cool girl’ tag in the outlandish make-up and peroxide hair colour she wears. Nanki’s aversion for Tanu is obvious from the start. Things only worsen because Tanu is quite open in her obsession to garner VJ’s attention in college, a subtext that culminates in the fateful alleged incident. In the wake of the MeToo movement, Tanu posts on social media that VJ raped her on the night of Valentine’s Day when no one was around to evidence the crime.

“Guilty” would appear impressive in the way the characters turn. Tanu, for instance, is introduced as a girl who can lie with a straight face for petty advantages, so that becomes the biggest hurdle for people to fathom if she is indeed saying the truth. Kiara’s Nanki, too much the urban glam girl as the early minutes pass, wouldn’t quite seem like a girl who would take up the cudgels on her cornered boyfriend’s behalf. VJ himself is the sunshine boy to start with.

Unfortunately, the narrative fails to capitalise on the dynamics these characters augur, as the layers are peeled around the story.

The concept of “Guilty” incidentally reminds one of the 2008 Hollywood film “Doubt” which, though entirely different in storyline, also spoke of an impeccable protagonist ending up in the docks over a sexual exploitation allegation. “Doubt” was about a priest who has no blemish whatsoever and is immensely popular among all, but is accused of sexually molesting a troubled young boy who, many feel, could be lying.

Unlike “doubt”, however, “Guilty” is let down by half-baked writing. A big reason why the film fails to sustain the initial element of intrigue is because, if you pay attention, you won’t have problems figuring out which way the story is headed, and who is actually lying. It is a reason why we somehow cannot empathise with the particular character that obviously demands such a sentiment from us. An utterly plastic assertion of a relevant comment is what you are left with, in the end.

“Guilty” boasts of some fine performances by the cast — Kiara Advani, particularly, deserves mention. But the actors are weighed down by mediocre storytelling and the film is a wasted attempt. For all the trippy campus vibes, you are left with an elaborately soppy climax that reminds you this is a Karan Johar production.

After Earth: Should have released on Sci-Fi channel instead of theaters nationwide!