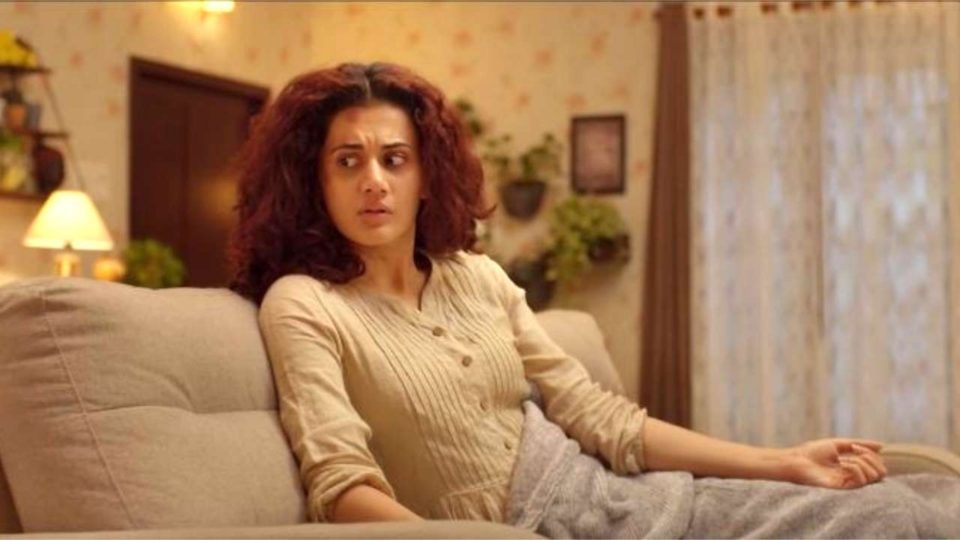 There is blood on the hands of all of us, who quietly watch women and children being brutally violated and then we move on saying, “it can’t be helped”.

This theme of helplessness sows the seeds of Game Over, a splendid heart-in-the-mouth suspense thriller which turns the concept of women’s empowerment on its head, as the female hero Swapna (Tapsee Pannu) tackles the demons in her own head before training her guns on the satanic criminals who prowl outside her window on the streets waiting for their prey.

Game Over cuts its plot into to neat halves. In the first-half we see Tapsee, in her element from the word ‘go’, dealing with a trauma in her past that comes back to her every year on New Year’s eve. There is no escaping the vicious circle of crime and karma. Swapna learns about the inevitability of the destiny the hard way.

There are some very hard knocks waiting for the female hero as the cleverly written screenplay moves into third gear in the second-half. The director, unwilling to format his thriller towards its predictable finale, mixes, mayhem and introspection in a heady brew of the vile and the venomous. The end-game will have your heart in your mouth as Swapna and her companion-househelp (Vinodini Vaidyanathan) grapple with a trio of masked marauders who break into their household and would stop at nothing to get their fill of blood.

In the pulse-pounding climactic cat-and-mouse , the narrative goes for the jugular creating a havoc of sounds and action which somehow come together in a display of societal disharmony that reminded me of how the universe seeks its harmony in the chaos that we’ve created all around us.

Seen in that sense the attackers in Game Over, aptly masked, are the anonymous threats that all female professionals face in large cities. You don’t have to be rich or ravishing to be raped. All that’s required for a woman to be a potential prey is her anatomy which somehow renders her excitingly helpless in the eyes of the potential predator.

Game Over is a striking synthesis of spiritual healing — a tattoo and something to do with the ashes of a crime victim mixed with a tattoo ink, plays a big part in the proceedings — and a plain and simple suspense thriller. I guarantee you, the third act will shake you out of your wits.

Tapsee Pannu invests completely in her character, both emotionally and physically. With this actress at the helm, we find it relatively easier to accept the protagonist’s impossibly agonizing circumstances. Tapsee effortlessly irons out the rough edges in the plot making it all seem scarily plausible. This is her own Wait Until Dark and she gives Audrey Hepburn a panic run for her money.

There are no major characters besides the heroine and her domestic help, not even some boyfriend tucked away in the background waiting to spring his ‘support’ to the female hero. Tapsee’s Swapna is on her own when the first blow falls on her head. She takes on the violation in the belief that paranoia, like many other violence-induced ailments in our society, will disperse when you take it on headlong.

Little does she know.