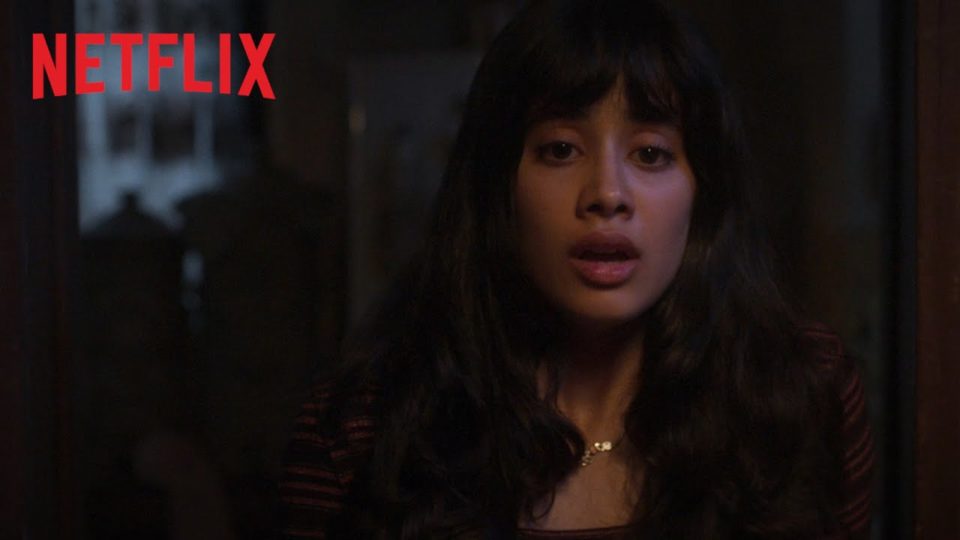 Sinister. Diabolic. Macabre. Wicked. Those are the respective moods Zoya Akhtar, Anurag Kashyap, Dibakar Banerjee and Karan Johar broadly bank upon, to thrill with their latest collaborative attempt. “Ghost Stories” is guaranteed to send a chill down your spine that should make the ongoing searing winter a tad more discomforting, and if you are a true-blue horror buff you won’t complain.

Horror is a restrictive genre. Traditionally, it is associated with whipping up loud, quickfix tricks that guarantee instant scares, which is why script, performances and originality often take a backseat. It is a reason A-list artistes and filmmakers normally desist from participating in the genre.

“Ghost Stories” marks an exciting departure from that rule in Bollywood, what with four of the industry’s most highly-regarded contemporary directors coming together to spin four scary tales that bear no connection with each other. Since this bunch has struck winners with “Bombay Talkies” and “Lust Stories” before this, the expectations were always high.

Zoya Akhtar’s story, opening the anthology, is a clean winner. A nurse, Sameera (Janhvi Kapoor) arrives to attend an ailing old lady (Surekha Sikri), in a near desolate house. The old lady’s son, we were told, was supposed to be around, looking after the mother for the duration in between the change of nurses, but he is nowhere around. The old woman behaves as if he is asleep in the next room.

Zoya’s film is outstanding for the way it uses silences to set up a quiet, sinister impact. There is not a single loud movement of the camera, or disturbing sound effect to distract, as the overall suspense grows on you. A lot of the eerie effect is because of Surekha Sikri’s perfect portrayal. She sets the tone of Zoya’s story, which is clinical in the way it fulfills its intention of working as a ghost story in a little over half an hour.

Quietude is the modus operandi of Anurag Kashyap’s film too, which is next up. Shot to create a near-black and white impact, the film follows a pregnant young woman (Sobhita Dhulipala) and her little nephew. Allowing minimum dialogues to its protagonists, Kashyap’s languid storytelling simmers with uneasy restlessness, which boils over in a diabolic finale. The end of the highly psychological thriller renders a hammer blow to viewers, consuming in its wake Kashyap’s story and protagonist, as the filmmaker ties up the ends of his dark, unsettling account of miscarriage, psychosis and trauma.

Technically, Kashyap’s segment isn’t much of a ghost story, although it leaves a horrifying impact.

Things get macabre in the third story, by Dibakar Banerjee. It’s surely not for the weak at heart. The story takes off using the classic zombietown template to craft a suspense drama that is at the same time an allegory brimming with comment on class divide and avarice. The film, starring Sukant Goel with a couple of exceptionally talented child artistes, progressively gets gory, and if you can stomach what’s on the plate (pun absolutely intended), you are in for a hell of a tale.

It is amusing how Karan Johar starts off the final segment with the one motif that has often defined his brand of cinema — a sprawling house with a seemingly content upper crust family. The young scion of the house (Avinash Tiwary) is being matchfixed with a bright, beautiful young woman of today (Mrunal Thakur). A crisply-written chitchat session between the two youngsters is brilliantly enacted and executed, and you are wondering what the classic K.Jo formula could possibly have to do in a horror tale. That’s where the delectable twist ensues. The mother informs they will only go through with the wedding if granny says yes, because nothing in the household takes place without granny’s consent. The catch is, granny isn’t around.

Johar reveals a wicked sense of timing in the way he unfolds the drama. Clearly, he is relishing his stint with horror, you realise as the minutes tick. Johar’s is the most mainstream of the four stories and that perhaps made it a perfect closure.

At over 140 minutes, “Ghost Stories” neatly packs its tales to keep you hooked all through. The anthology serves its purpose of leaving its audience feeling amused, and also uneasy. It may not be terrifying all through, but the film sets up horror entertainment of a very different flavour than what Bollywood normally serves up.