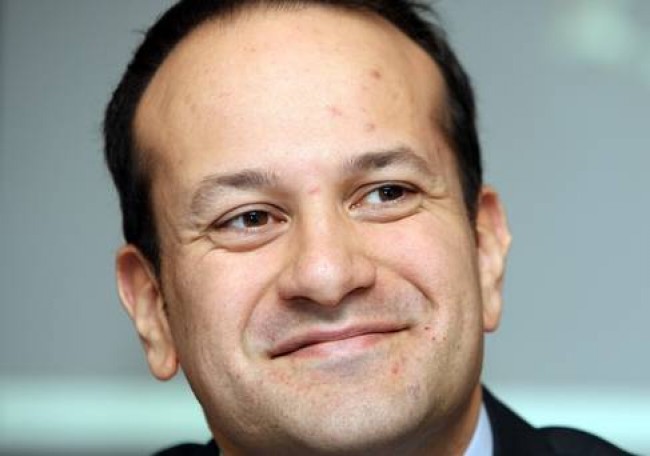 The Varadkar family were over the moon as barely minutes ago, their relative Leo Ashok Varadkar, 38, was elected Taoiseach or head of the ruling Fine Gael Party in Ireland to succeed outgoing Prime Minister Enda Kenny, thus making the medico-turned-politician the next PM-designate.

Ireland, the island nation in the North Atlantic near Great Britain, has a population of around 4.6 million, or hardly one fourth of Mumbai’s (17 million).

For Leo Ashok Varadkar’s cousin and cancer survivor Shubhada Varadkar, his success had fulfilled the wish she made on her visit to Ireland last year.

“In July 2016, Leo took time out to take me around Dublin, the Irish Parliament, his alma mater Trinity College and even the Prime Minister’s Residence. I saw it and blurted: Dada, I hope to see you in there, someday. He smiled as we walked away. After exactly a year I feel so thrilled that my dream has come true,” an excited Shubhada told IANS.

However, the family, including another cousin, Shekhar M. Varadkar, a retired Air India official, and his sister Shubhada, are a tad disappointed they have not been able to connect directly with Leo and convey their love, felicitations and best wishes for his achievement.

“It’s a great thing — beginning of a new era in the world. Ireland has elected him without any consideration of caste, religion, and ethnic background. Merit is the only criterion,” an overwhelmed Shekhar told IANS.

He spoke amidst ongoing celebrations at the family home in Borivali, which Leo had last visited in 2011, hectic media interviews and palpable excitement in the suburban area that borders the lush green Sanjay Gandhi National Park in north-west Mumbai.

Born on January 18, 1979 in Dublin, Leo Varadkar’s Mumbai-born father was a medico who went to England in 1970 and married a nurse, Miriam, to settle in Ireland.

Leo visited Mumbai several times as a child, as a medico intern at the KEM Hospital in Parel, and later as a Sports Minister of Ireland in 2011.

“He was a voracious reader and continues to be even now; he was interested in the mysteries of space and astronomy. We always felt he was a visionary, far ahead of his times and he has proved us right,” said Shekhar.

The young Dubliner joined Irish politics at 22, and became an MP five years later. Now, he has created history by becoming the youngest Taoiseach of the country at 38.

Shubhada and Shekhar have fond memories of Leo’s trips to India “when he made it a point to visit each of our 10 family homes in Mumbai” and meet all the relatives in the huge joint family.

In fact, besides the celebrations in Borivali, a celebratory procession involving music, beating of drums and dancing was taken out in their ancestral Varad village in Sindhudurg district in coastal Konkan, around 500 km south of Mumbai near the Goa border, by the entire Varadkar clan.

Usually, whenever Leo and his parents visit India, there is day-long celebration, feasting and merrymaking by the Varadkars in Mumbai, mostly at the Borivali home.

But, now that Leo will become the Prime Minister of Ireland, the family is not so sure whether he will be able to make it here owing to security and protocol considerations, but they look forward to a visit by him.

Coming out openly as gay on his 36th birthday in 2015, Leo’s extended joint family in India comprises four uncles and five aunts, including two — Manohar Varadkar, 93, and Madhukar Varadkar who are freedom fighters, and Avinash, 79, a former Indian Railway employee, and a host of cousins and their children.

On plans to attend Leo’s swearing-in-ceremony as Prime Minister later this month, Shubhada and Shekhar said they are “not too sure as the time is very short to make all travel arrangements”.

Trumpexit could be good news for India as Modi meets Macron