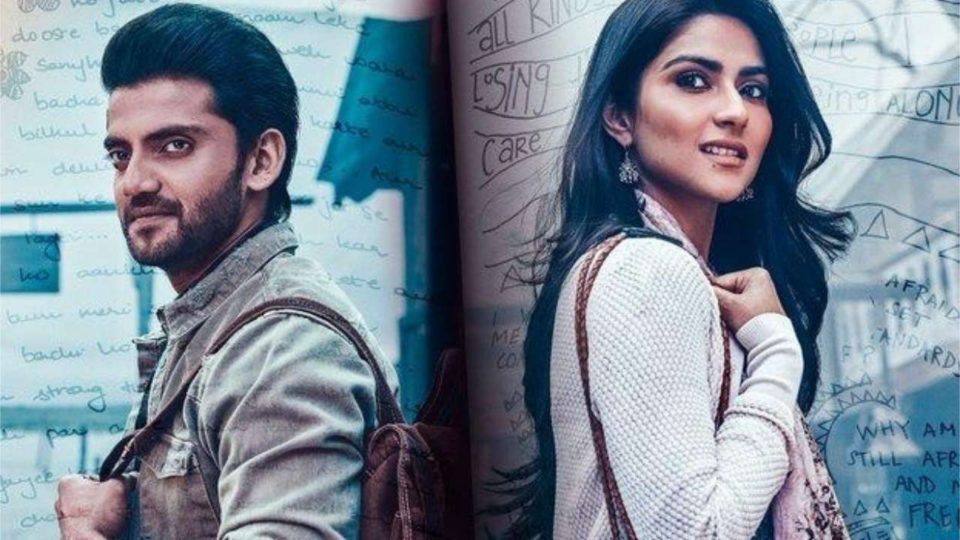 It is significant that Salman Khan is a producer on the tenderest most lyrical love story of his career. Salman has repeatedly expressed his version to physical love on screen, PDA at its most public if you please. He doesn’t ever kiss his heroines.

Neither does his new discovery Zaheer Iqbal, strapping young athletic debutant who demonstrates unexpected spurts of compassion at pertinent points in the plot. Zaheer is a lambi race ka ghoda.

This is a romance where the lead pair doesn’t meet. They touch each other’s lives through words. Not poetry, mind you. This is not an occasion to do a Pakeezaah on us. Director Nitin Kakkar whose last film “Mitron” is a neglected gem, creates a stirring alchemy in the romance. The mood is as somber as the Valley when the guns are silent. The narrative moves at its volition heedless of how rapidly the world moves for people who treat love as a commodity to bolster their ego.

This is a love story that dares to be pure. And sublime. It defines concept of echo-walking, where one protagonist walks on the footprints left behind by another, bringing together the two polarised protagonists in ways that they themselves wouldn’t comprehend.

Kakkar and his writer Darab Farooqui keep it simple all the way, On the surface the narrative courts tranquility with n-ve earnestness . It refuses to submerge its consciousness in the political issues of Kashmir, knowing fully well that it can’t escape the reality of violence. But then there is always that escape route where the artiste can con himself into believing love conquers all. Notebook takes the quiet gentle route.

Notebook believes in the sublimity of love. That it actually makes us invest in its belief , that it avoids making us feel cynical about its purehearted depiction of love, is a very rare occurrence in cinema today. Hence there is Kabir and Firdaus who are in love with the idea of being in love with one another. This idea of idealised love is beautifully transcreated in the scenic splendour of Kashmir.

I with Kabeer and Firdaus meeting would have been more tellingly crafted.

The two newcomers are fluent in their movements expressing growing fondness for their doppelganger love. Zaheer Iqbal is unconventionally heroic. He displays a surprising spurt of unrehearsed emotions. Pranutan has a fragile yet stron presence. With time this talent can be polished into a definition of gleam.

There are some very capable new actors some Kashmiri, in supporting roles. And the seven children who are an integral part of the film’s winsome aspirations, will win your heart.

I know we say this each time Kashmir is put on celluloid. But this one is truly shot like a dream by cinematographer Manoj Kumar Khatoi. Every frame tells the story of a Valley bruised battered and wounded by violence while preserving the sanctity of the love that runs through the film like a colt in the wide-open. In every frame the protagonists seem to hold each other’s hands without being together.

Notebook is a film replete with rich resonance. The unhurried pace ensures we absorb the emotions that trickle down from the frames. But the desperate effort to forge a clumsy climactic shootout from the raw yet resonant material was uncalled for. This film needed no manipulative hands. It wins us over without trying.

And the symbolism of a gun being drowned in the lake is out of place in this polished work.

After Earth: Should have released on Sci-Fi channel instead of theaters nationwide!