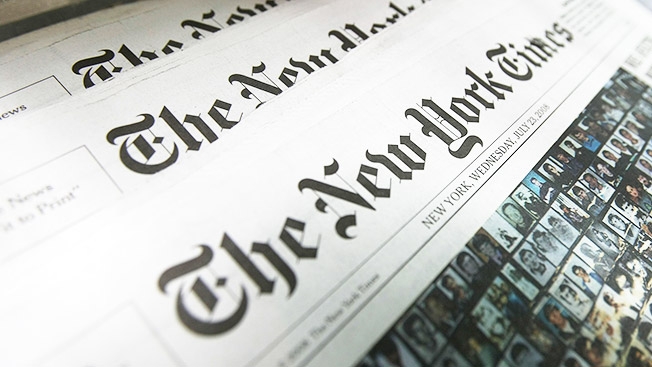 New York, Aug 6 (IANS) The New York Times has appealed to China to join with the United States, and the United Nations to prevent what it called “India’s folly” in Kashmir.

In an editorial against India rescinding the special status for Kashmir, the newspaper’s editorial referred to US developing closer ties to India and said, “The United States and China must not allow Kashmir to become a pawn in their ongoing disputes.”

It added, “On the contrary, they must urgently do what they can to prevent India’s folly from escalating into a perilous and unpredictable regional crisis.”

The newspaper, whose editorials are mostly critical of India, said that New Delhi revoking the “semi-autonomous” status of Kashmir “is dangerous and wrong. Bloodshed is all but certain, and tension with Pakistan will soar.”

The editorial headlined, “India Tempts Fate in Kashmir, ‘The Most Dangerous Place in the World’,” warned, “By revoking the special status of the mountainous territory, India is courting conflict with Pakistan.”

The editorial, which invoked former President Bill Clinton’s characterisation of Kashmir as the “most dangerous place on earth,” quoted the Pakistan Foreign Ministry as saying, “Pakistan will exercise all possible options to counter the illegal steps,” and opposition leader Shahbaz Sharif warning, “Kashmir is the jugular vein of Pakistan, and anyone laying a hand on our jugular vein will meet a frightful end.”

It recalled that “Muslim militants, often backed by Pakistan, joined the fray, striking at Indian troops in Kashmir and at targets deep inside India, including a multiday killing spree in Mumbai in 2008 that left more than 160 people dead.”

In asking for US and Chinese action, the editorial said, “The fray is not without global implications. Under President Trump, the United States has shifted its favors from Pakistan, a longtime recipient of American aid, to India, which the administration perceives as a bulwark against China. China, meanwhile, has become an ally and financial patron of Pakistan.”

The newspaper’s editorial positions on most issues are generally aligned with the Democratic Party.

None of the major leaders of the Democratic Party has staked out a position on India’s revocation of Article 370 of the Constitution.