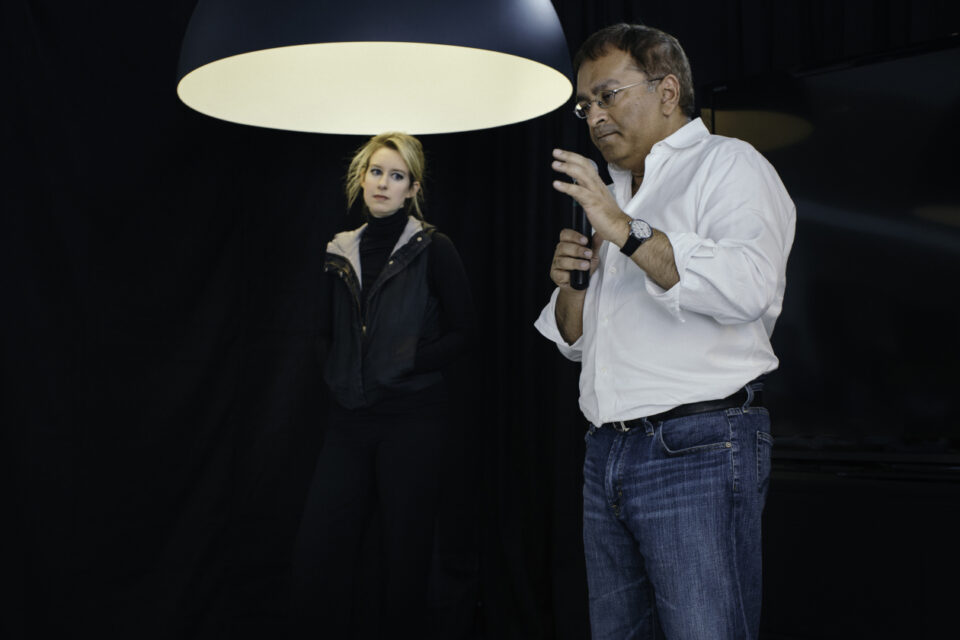 San Jose, CA, September 6, 2021: Jury selection begins on Tuesday, in the criminal fraud trial of Elizabeth Holmes, 37, who was once dubbed the “next Steve Jobs” and “the world’s youngest self-made billionaire”. Federal prosecutors have charged Holmes and her former business partner and ex-boyfriend, Ramesh “Sunny” Balwani, with defrauding investors and patients of their blood-testing company Theranos.

In court documents unsealed Saturday, Holmes’ legal team said she is highly likely to take the witness stand and accuse Balwani, who was the Chief Operating Officer of the company, of manipulating and emotionally and sexually abusing her to such a degree that it affected her state of mind during the time of the alleged fraud, reports NPR.

Balwani, 56, has been charged in a separate fraud trial, set to take place next year.

Holmes is likely to take the stand and testify at her trial.

Theranos soared in valuation after the company claimed to have revolutionized blood testing by developing testing methods that could use surprisingly small volumes of blood, such as from a fingerprick. By 2015, Forbes had named Holmes the youngest and wealthiest self-made female billionaire in America on the basis of a $9-billion valuation of her company. The next year, following revelations of potential fraud about Theranos’ claims, Forbes had revised its published estimate of Holmes’ net worth to zero, and Fortune had named her one of the “World’s Most Disappointing Leaders”.

The decline of Theranos began in 2015, when a series of journalistic and regulatory investigations revealed doubts about the company’s technology claims and whether Holmes had misled investors and the government. In 2018, the U.S. Securities and Exchange Commission charged Theranos and Holmes with deceiving investors by “massive fraud” through false or exaggerated claims about the accuracy of the company’s blood-testing technology; Holmes settled the charges by paying a $500,000 fine, returning 18.9 million shares to the company, relinquishing her voting control of Theranos, and being barred from serving as an officer or director of a public company for ten years.

The credibility of Theranos was attributed in part to Holmes’ personal connections and ability to recruit the support of influential people, including Henry Kissinger, George Shultz, James Mattis, and Betsy DeVos.

At the trial, Holmes is set to describe how Balwani controlled “how she ate, how she dressed and with whom she spoke and how he monitored her calls, text messages and emails,” reports NPR. She also intends to says that Balwani was physically violent, throwing hard, sharp objects at her.

“This pattern of abuse and coercive control continued over the approximately decade-long duration of Ms. Holmes and Mr. Balwani’s relationship, including during the period of the charged conspiracies,” said the filing.

Holmes plans to argue that as a result of the alleged abuse, she has several mental health conditions, including intimate partner abuse syndrome, posttraumatic stress disorder and depression.

“Ms. Holmes’ allegations are deeply offensive to Mr. Balwani, devastating personally to him,” Coopersmith wrote in the filing.

After the jury is chosen, opening arguments are slated to start on Sept. 8. The trial in San Jose, Calif., is expected to stretch on for four months.

Opening arguments in the trial are slated for September 8.

According to the 2018 indictment, the charges stem from allegations that Holmes and Balwani engaged in a multi-million-dollar scheme to defraud investors, and a separate scheme to defraud doctors and patients.  Both schemes involved efforts to promote Theranos, a company founded by Holmes and based in Palo Alto, California. Theranos was a private health care and life sciences company with the stated mission to revolutionize medical laboratory testing through allegedly innovative methods for drawing blood, testing blood, and interpreting the resulting patient data.

Holmes and Balwani used advertisements and solicitations to encourage and induce doctors and patients to use Theranos’s blood testing laboratory services, even though, according to the government, the defendants knew Theranos was not capable of consistently producing accurate and reliable results for certain blood tests.  It is further alleged that the tests performed on Theranos technology were likely to contain inaccurate and unreliable results.

The indictment alleges that Holmes and Balwani defrauded doctors and patients (1) by making false claims concerning Theranos’s ability to provide accurate, fast, reliable, and cheap blood tests and test results, and (2) by omitting information concerning the limits of and problems with Theranos’s technologies.  The defendants knew Theranos was not capable of consistently producing accurate and reliable results for certain blood tests, including the tests for calcium, chloride, potassium, bicarbonate, HIV, Hba1C, hCG, and sodium. The defendants nevertheless used interstate electronic wires to purchase advertisements intended to induce individuals to purchase Theranos blood tests at Walgreens stores in California and Arizona.  Through these advertisements, the defendants explicitly represented to individuals that Theranos’s blood tests were cheaper than blood tests from conventional laboratories to induce individuals to purchase Theranos’s blood tests.