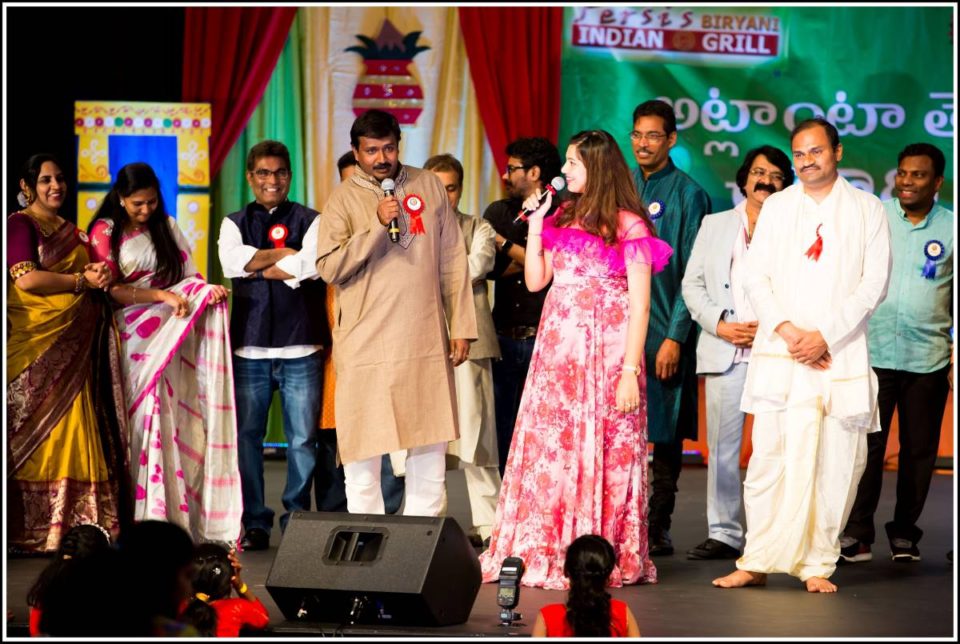 Atlanta, GA, May 10, 2019: Telugu Association of Metro Atlanta (TAMA) celebrated Telugu New Year ‘Ugadi’ on April 13th, 2019 at Meadowcreek High School in Norcross, GA. For the first time in the history of TAMA, the event was sold out with 2000 plus record turnout.

TAMA President Venky Gadde invited chief guest Todd Jones from District 25, Georgia House of Representatives onto stage and spoke about TAMA service activities and the Ugadi festival. Jones expressed his happiness at joining the diverse Telugu culture and invited everyone to come see him in his office to discuss any problems that the Telugu community might be facing.  Later he was felicitated with a flower bouquet and a shawl.

Big Boss show fame playback singer Geetha Madhuri enthralled the audience with many class, mass and fast beat songs. The auditorium was jam packed with crowd cheering all over and kids dancing on stage till 11:30 in the night. The highlight of this segment was Shiv’s Institute students dancing for Geetha Madhuri’s live singing. It was an energetic night with 7 hours of nonstop entertainment. Every one enjoyed Ugadi Pachhadi from Hindu Temple of Atlanta and mouthwatering dinner by Persis Biryani Indian Grill served in Indian traditional style known as Sahapankti Bhojanalu. TAMA team recognized the event sponsors and artists with flower bouquets, shawls and mementoes on stage.