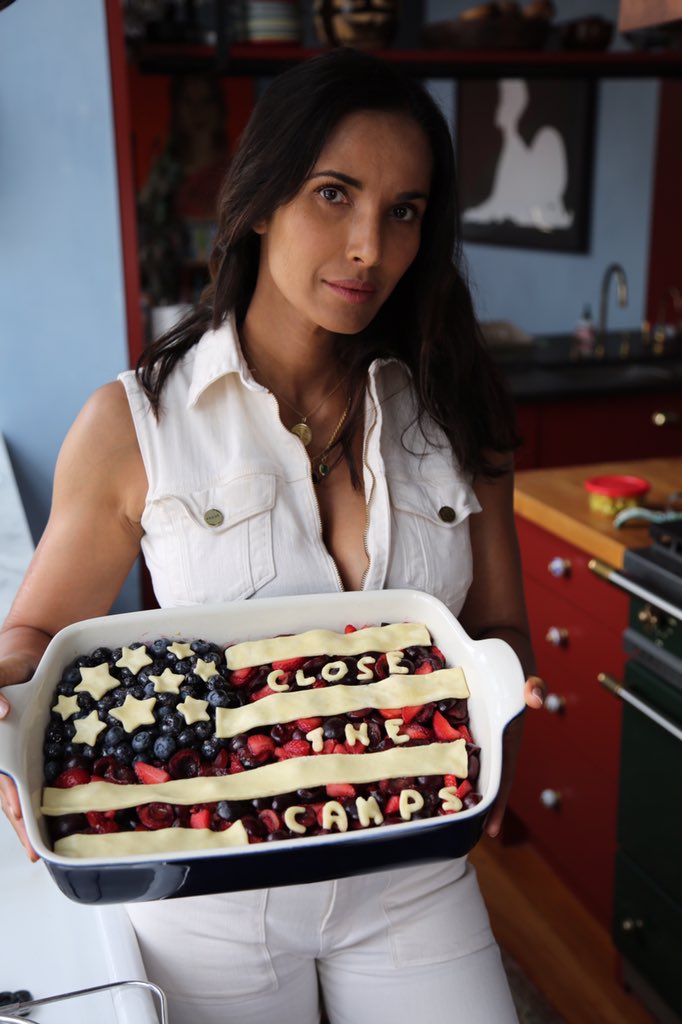 The Top Chef host tweeted a photo of a pie decorated to look like an American flag with “close the camps” written on top, reports People.

“A truly American pie for the bbq today,” the 48-year-old television host captioned the photo. She followed it up with another tweet, “Contact your representatives tomorrow and demand they #CloseTheCamps.”

Protests demanding the closing of detention camps grew after a congressional delegation visited the facilities and reported that migrants were being held in inhumane conditions.

Gifts received from resident Indians are no longer tax-free