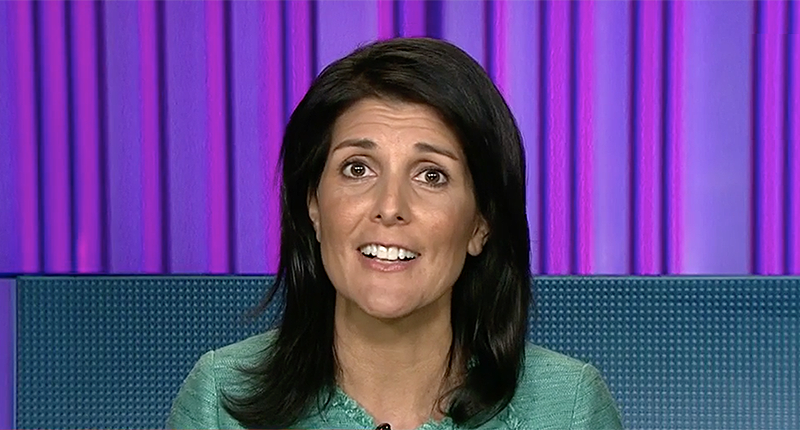 Atlanta, GA, February 26, 2019: Former UN Ambassador Nikki Haley says Pakistan has a long history of harboring terrorists, and the US should stop aid to Islamabad.

In an op-ed on ‘Stand for America’, her newly launched advocacy group, Haley says in 2017, Pakistan received nearly $1 billion in U.S. foreign aid, the sixth most of any country. Much of the aid went to the Pakistani military. Some went for road, highway, and energy projects to assist the Pakistani people.

“It is more than fair to ask what the U.S. gets in return for our generosity. On all key votes at the UN, Pakistan opposed the American position 76% of the time. Much more troubling, Pakistan also has a long history of harboring terrorists who have killed U.S. troops in Afghanistan. “

“The administration has already wisely restricted assistance to Pakistan, but there is much more to be done,” she adds.

“Our foreign aid policies are stuck in the past and often operate on auto-pilot without considering the conduct of the countries who receive our aid. The national security bureaucracy is also very dug-in defending the foreign aid programs they administer. But the Administration is proceeding.  I hope it comes out with its changes soon and strongly.”

“When foreign aid goes to countries that take our generosity and bite our hand rather than link up arms with us, it’s time to stop it,” she said.