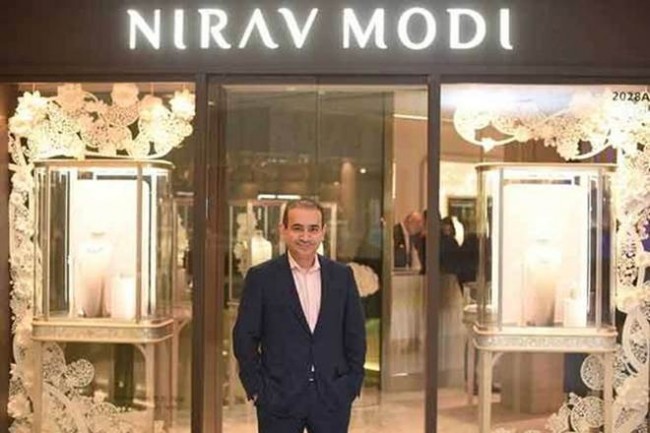 New Delhi, Feb 27 (IANS) The Enforcement Directorate (ED), looking at the money trail related to jeweller-designer Nirav Modi, have found it leading to the Delaware state in the United States.

“The agency is probing details of the operations of Nirav Modi’s firms in Delaware,” an ED source told IANS, adding that all his bank transactions were under the scanner.

Delaware in the US is a tax-free state, attracting a large number of companies from across the coutnry to register there. The ED source said investigators were trying to find out if Nirav Modi had diverted any of the loans raised from Indian banks to the US which had been indicated in the documents they were studying.

They are also looking at whether some shell companies were set up in the US. According to the agency, Delaware hosts about 50 per cent of the US’ quoted firms with a tally of 6.5 lakh companies, overall.

Earlier in the day, Firestar Diamond Inc, the US company of Indian billionaire diamond trader Nirav Modi filed for bankruptcy in a New York court, under Chapter 11.

According to a court filing in Southern District of New York on Monday, the firm listed its liabilities in the range of $50 million and $100 million. A Chapter 11 filing under the Bankruptcy Code usually allows a company to reorganise its business.

Modi — who along with uncle Mehul Choksi of Gitanjali Group is the main accused in the Punjab National Bank fraud — has been shown as an inventor in details filed against his company registered at 5th Avenue in New York. Mihir Bhansali has been shown as the company Chief Executive Officer and Ajay Gandhi the Chief Financial Officer.

On Monday, a Mumbai special court permitted the ED to issue Letters Rogatory to six countries for identifying and taking steps to seize Nirav Modi’s properties in the PNB fraud case.

The ED source official said it is looking for shell companies of Nirav Modi and Choksi in foreign countries, “especially in tax havens”.

The agency officials had earlier said over 120 shell companies of both of them in India were under probe.

The ED action comes in the wake of its ongoing fraud probe — along with the Central Bureau of Investigation — against the two and many others, including directors of their companies and bank officials.

Modi has been accused, along with his Choksi, of defrauding the Punjab National Bank of Rs 12,600 crore, with Rs 1,300 being added to the fraud kitty on Monday night.

Earlier, the amount stated to have been defrauded by Modi and Choksi companies was Rs 11,300 crore.

The CBI had filed the first FIR in the scam on February 14 against Nirav Modi, his wife Ami, brother Nishal, uncle Choksi and his firms Diamond R US, Solar Exports and Stellar Diamond.

Nirav Modi, his family and Choksi left the country in early January. The FIR mentions fraud of around Rs 6,400 crore.

The CBI filed the second FIR on February 15 for Rs 4,886.72 crore fraud against the Gitanjali group headed by Choksi.

The agency source said the CBI had written to the Chief Vigilance Officers of five banks to share details of money credited to Nostro accounts of PNB on receiving Letters of Undertaking and Foreign Letters of Credit, which were then withdrawn by Nirav and Choksi’s group as buyer’s credit.

Till date 12 persons have been arrested in the case. The ED has attached properties valued by them at Rs 6,000 crore.