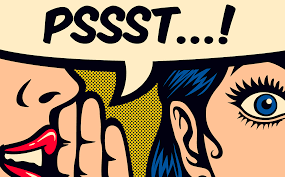 New York, May 5 (IANS) While people gossip 52 minutes a day on average in 16 waking hours, women don’t engage in “tear-down” gossip any more than men, reveals an interesting study.

According to researchers from University of California-Riverside, lower income people don’t gossip more than their more well-to-do counterparts and younger people are more likely to gossip negatively than their older counterparts.

“There is a surprising dearth of information about who gossips and how, given public interest and opinion on the subject,” said Megan Robbins, assistant psychology professor who led the study.

“Everyone gossips and gossip is ubiquitous,” the researchers noted in the paper published in the journal Social Psychological and Personality Science.

Extraverts gossip far more frequently than introverts while women gossip more than men but only in neutral, information-sharing gossip, the findings showed.

In the research, Robbins and Alexander Karan, a graduate student in her lab, looked at data from 467 people — 269 women, 198 men — who participated in one of five studies. Participants were 18 to 58 years old.

The findings showed that about 14 per cent of participants’ conversations were gossip, for just under an hour in 16 waking hours.

Almost three-fourths of gossip was neutral, and negative gossip (604 instances) was twice as prevalent as positive (376).

“Gossip overwhelmingly was about an acquaintance and not a celebrity, with a comparison of 3,292 samples vs. 369,” the study said.

“It would be hard to think of a person who never gossips because that would mean the only time they mention someone is in their presence,” Robbins said.

“They could never talk about a celebrity unless the celebrity was present for the conversation; they would only mention any detail about anyone else if they are present,” he added.