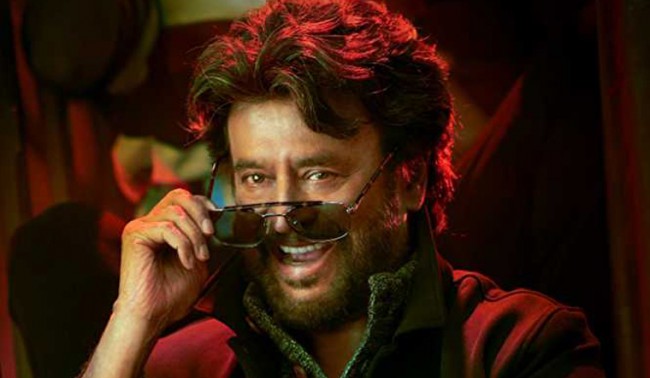 If there’s one thing Karthik Subbaraj’s “Petta” really succeeds in achieving, it is that it lets superstar Rajinikanth be himself and have fun on-screen. From a happy hop to an impromptu dance step and slow-motion walk to the flip of his hair with his own hands with panache; we see Rajinikanth in his element after a long time and boy, it’s a joy to watch him do what he is best at. There’s even the famous Rajinikanth cigarette flip but it comes with a surprise and it is best enjoyed when watched on the big screen.

The story revolves around a hostel warden named Kaali (Rajinikanth) who comes to set things right. After being introduced without much hullabaloo in his last three films, Subbaraj gives us a bang for a buck Rajinikanth introduction scene.

The prelude to the introduction shot is just what every Rajinikanth fan wants to see. As we hear some men talking about how one guy has thrashed most of them, we see Rajinikanth in the dark, we see his shadow, we see him from the back and even before we see his face, we see half of it while he’s standing right behind the guy who has just knocked him down. If you’re not a Rajinikanth fanboy, you can’t write a better introduction scene and Subbaraj makes a solid impression right at the beginning. Everything that follows in the first half is a show-reel for Rajinikanth to showcase his machismo, and as the story gets into the second half the film gets into the Subbaraj zone.

After an almost terrific first half, “Petta” kind of derails post interval where it ends up testing one’s patience on multiple instances. A bloated climax just adds to the woes of the viewer but it still makes for a riveting watch. The path Subbaraj takes to dish up an old-school revenge drama is novel, but the time the narrative takes for the final pay-off is frustratingly long.

Nawazuddin Siddiqui, who makes an assured Tamil debut, doesn’t quite stand out with his performance. He is made to play someone who appears weak and scared but is actually quite conniving. Somehow, despite his earnest efforts to make an impact, his performance falls flat and is absolutely powerless when he is in the same frame with Rajinikanth. Vijay Sethupathi, in spite of being cast in a poorly written role, is pure magic on screen and is working at the top of his game.

Unfortunately, “Petta” ends up as a film with its women in roles that have no importance. Simran and Trisha are wasted in roles that merely fit the bill as heroines and have nothing much to do. Malavika Mohanan has a far decent screen presence compared to the roles of the other actresses.

In what could be best described as a major throwback to the 1990s, “Petta” is Karthik Subbaraj’s love letter to Rajinikanth and he portrays him in the most crowd-pleasing fashion in a really long time. It wouldn’t be an exaggeration to say that “Petta” is Rajinikanth’s best film since Enthiran, and it marks his return to form with trademark style and he does so by gracefully playing his age. It’s an out-and-out Rajinikanth show which has traces of Subbaraj’s popular tropes, especially in the form of a major twist in the climax.