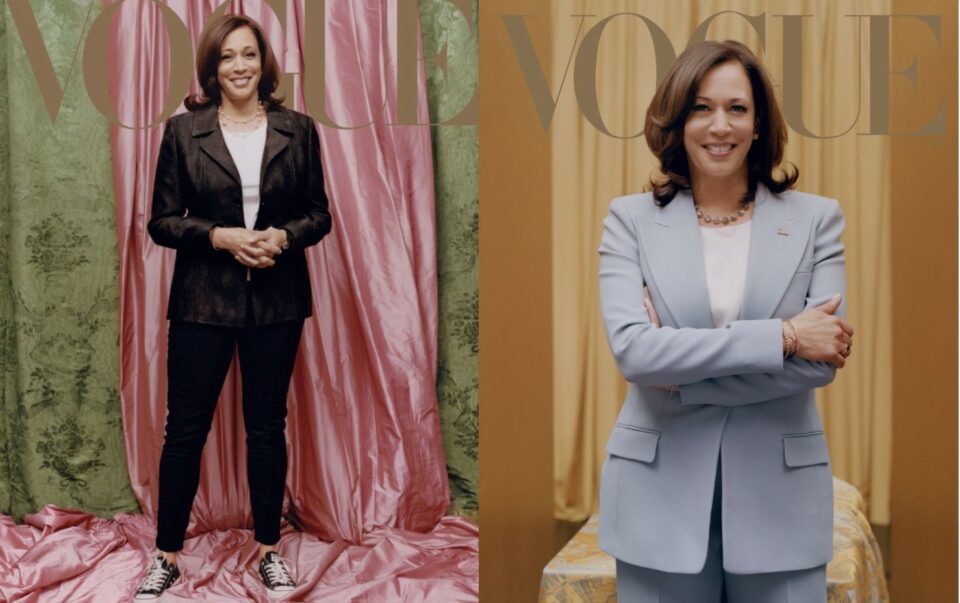 New York, Jan 12 (IANS) US vice president-elect Kamala Harris’ cover photograph on the latest edition of Vogue has lit up the internet with dueling interpretations of how she is represented even as Harris’ own team is said to be less than thrilled about the way things turned out.

Harris wore a powder blue Michael Kors pantsuit for her cover shoot but the Vogue cover features Harris in a more casual dark pantsuit and her well loved Converse sneakers. She is framed against the backdrop of heavy silken drapes in pink and leaf green – a nod to the VP elect’s college sorority colors.

The Vogue team points out that the casual picture featuring Harris in a Donald Deal blazer – “styling choices that were her own” – are a “tribute to a formative chapter of Harris’s life: her time as a member of Alpha Kappa Alpha Sorority, Inc’s Alpha chapter at Howard University”.

Harris team members who were involved in the logistics of the photoshoot, speaking on background, explained that they didn’t know about the image switch until the photographs were leaked over the weekend. There was no official comment from Harris’ office.

In a short article that introduces the cover photograph, Vogue explains that the concept was to honor “Harris’ college days and the powerful women who comprise the ranks of sororities like Alpha Kappa Alpha.”

In a statement, Vogue said it went ahead with the more informal image of Harris for the cover because the photo captured her “authentic, approachable nature, which we feel is one of the hallmarks of the Biden-Harris administration.”

In both the images, taken by Black photographer Tyler Mitchell, Harris is standing with her hands crossed, looking straight into the camera and smiling. Mitchell posted just one of the covers to Instagram – the one of Harris in a blue suit.

Some critics have hit the choice of the casual picture on the cover of the fashion bible as “washed out”, “poor quality”, “too familiar”.

“The cover did not give Kamala D. Harris due respect. It was overly familiar. It was a cover image that, in effect, called Harris by her first name without invitation,” wrote Washington Post columnist Robin Givhan.

“In using the more informal image for the print edition of the magazine, Vogue robbed Harris of her roses.”

For Harris’ immediate circle of family, it’s all good, whether in pink or blue. “Sobbing”, Harris’ niece Meena Harris tweeted, in a photo tweet with the Vogue cover and a screenshot of a text excerpt from the cover story.

Harris is set to be sworn in as vice president on January 20. She will be the first ever Indian and Black American and first woman of colour to take oath as the country’s vice president.