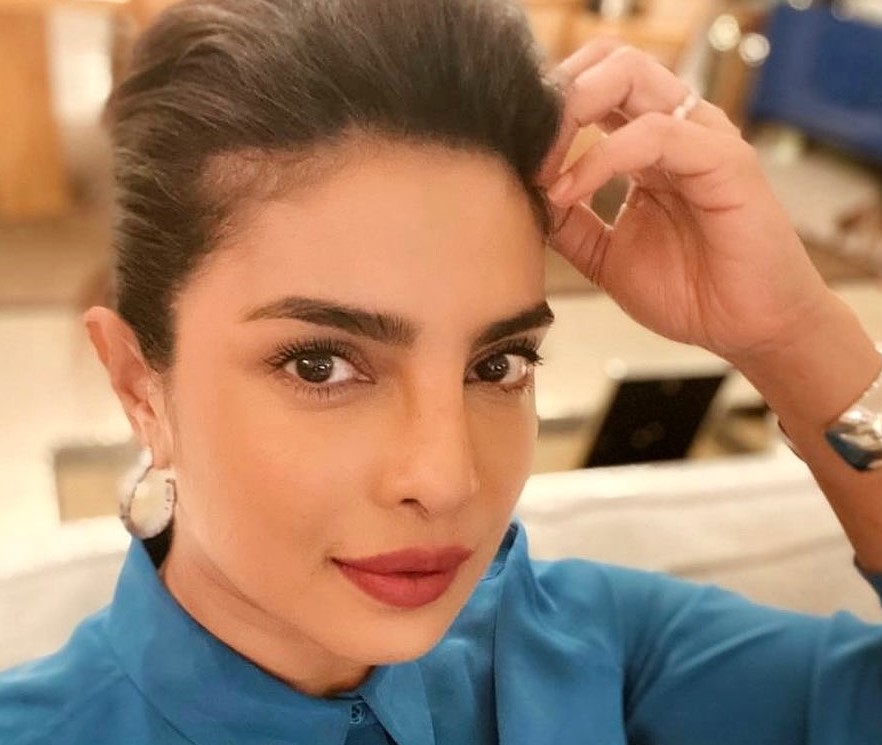 New Delhi, Jan 22 (IANS) When Priyanka Chopra Jonas started her journey in the West, there was no one to facilitate her entry into Hollywood with adequate opportunities. That is something she wants to change, with the power to create stories. Now that she has turned producer, the actress says she wants to help in the normalization of South Asian people through stories as a producer.

“I don’t put myself in a box. I am very organic with what I feel. I am doing a comedy with Mindy Kaling, which is probably one of the first few romantic comedies in Hollywood that you will see with all-South Asian star cast. I don’t remember the last time that has happened. So that’s something very exciting. It was my quest,” Priyanka told IANS while opening about the road she wants to get on as a producer.

“When I started working there, nobody made opportunities for me. In fact, opportunities for people who are South Asian and look like us are very limited in Hollywood. I wanted to be able to be a kind of producer that creates that,” she added.

The actress continued: “I’m (also) doing a reality show, which is going to have couples from all ethnicities, all religions, celebrating a Sangeet. To take an Indian tradition and open it out to the world and have them understand, this is what I’m doing.”

It was in 2015 that the actress founded her production company, Purple Pebble Pictures, and started backing films in Hindi, Marathi, Sikkimese and Punjabi, some of which even won National Film Awards.

Now, she is going global thanks to the OTT power. She sealed a two-year multimillion-dollar, first-look television deal with the global streaming platform Amazon. She backed horror film “Evil Eye”, and is also producing the drama “Sheela” in which she will appear as Ma Anand Sheela. Priyanka has also executive-produced “The White Tiger” for Netflix.

“I’m taking the India that I know, the India that I have grown up in, and sort of creating things where there is a normalisation of seeing South Asian people in entertainment. In my little way, I’m trying to do as much of that as I can,” said the actress, who is married to pop star Nick Jonas.

For Priyanka, it all started at the age of 17 when she was crowned Miss World. She soon stepped into the world of Bollywood in 2003 with “The Hero: Love Story Of A Spy”.

Bollywood entertainers like “Fashion”, “7 Khoon Maaf”, “Barfi!”, “Mary Kom”, “Don”, and “Aitraaz” cemented her position in the industry. But it wasn’t always a smooth ride. There were also the likes of “Bluffmaster!”, “Salaam-E-Ishq”, “God Tussi Great Ho”, “Drona”, and “What’s Your Raashee?”.

She explored the world of music with singles like “In my city” and “Exotic”, and walked into the US television space as FBI agent Alex Parrish in “Quantico”. She made her Hollywood debut as a villain in “Baywatch”.

“When I came into the movies, I didn’t even know I could act. I was a 12th standard girl who suddenly became Miss World. And then suddenly, I was thrown into the movies. I didn’t have the privilege of going to film school or understanding what cinema was,” she said while looking back at her journey.

“I was pushed into it, and then I realised that this is actually a job. That this is not just trying to look pretty, hair, makeup and going onto the set. That it is a craft, you can hone it, you can create characters — and there’s a massive responsibility to that. That is when I started getting excited about the movies, but never in my wildest dreams, would I have seen having a 20-year career the way I’ve had,” she said.

Especially when she was told that she just had 10 years to work.

“In fact, at that time, I was told that women have a shelf life… jaldi-jaldi jitna bhi bhi kaam karna hai, do it. Imagine 10 years if you’re lucky. Sitting here, 20 years later, I feel like my ambition has only grown,” she said.

Her work slate reflects that.

Priyanka is currently seen in the film adaptation of “The White Tiger”, which released on Netflix on January 22. She recently completed work on “Text For You”, developing an untitled comedy with Mindy Kaling and Dan Goor, and also has roles in Russo Brothers’ “Citadel” and “The Matrix 4”.

“So far, I feel unfinished. I have a lot to do. I don’t know what that is. But I just (want to) keep walking in that direction,” said the 38-year-old.