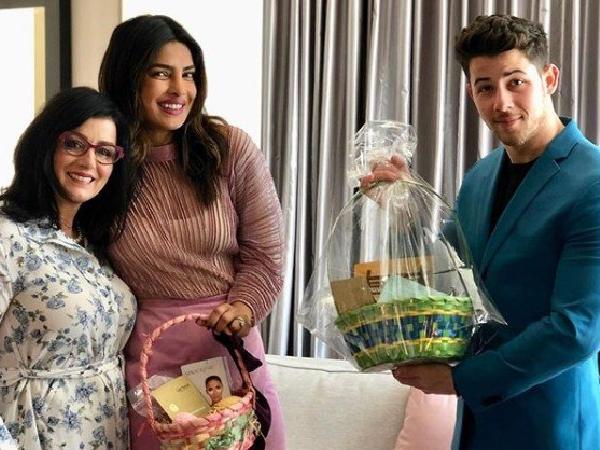 The two celebrated Easter in Atlanta and shared photographs of their family time with his mother, Denise Jonas, also making an appearance in their images that Priyanka posted on Instagram on Sunday.

The couple can be seen with gift baskets in one photograph as Priyanka hugs her mother-in-law while Denise can be seen happily dancing in a video.

While Priyanka captioned the image: “Happy Easter from ours to yours.”

Nick, who shared a cute photograph of himself along with the “Isn’t It Romantic” actress, wrote: “Happy Easter to you and yours! From me and mine.”

On the work front, Priyanka has wrapped up filming “The Sky is Pink”, directed by Shonali Bose. She has also announced an India-set wedding comedy in which she will collaborate with writer-actor Mindy Kaling.

Nick has rebanded with his brothers Joe Jonas and Kevin Jonas. The three made a comeback with the single “Sucker” this year.