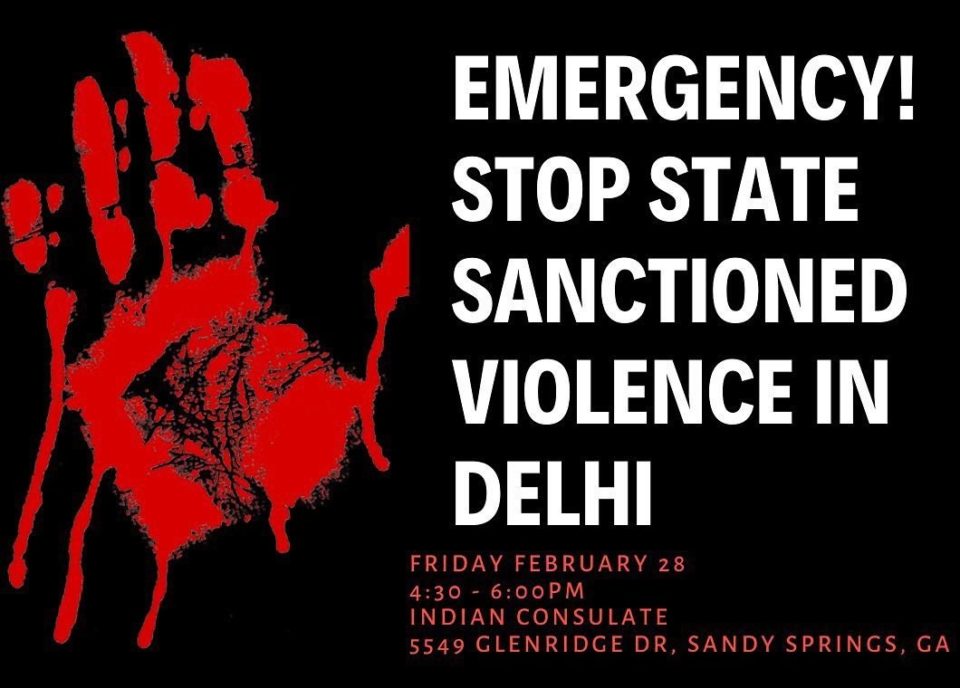 Washington, Feb 27 (IANS) Protests have been planned in the four US cities of Atlanta, Chicago, San Francisco and New York on Friday against the violence in New Delhi that has so far claimed 33 lives, a media report said.

The protests have been organised by a group named South Asian Students Against Fascism under the banner of “Emergency! Stop State Sanctioned Violence in India”, the American Bazaar said in the report on Wednesday.

Participants will gather in front of Indian Consulates in the four cities.

The organising group calls itself a movement of South Asian students who are together in the fight against fascism, religious intolerance and polarization.

Violence erupted between pro- and anti-Citizenship Amendment Act groups in areas like Jaffrabad, Maujpur and Gokulpuri in northeast Delhi on Sunday.

Besides the casualties, over 200 people were injured in the violence.