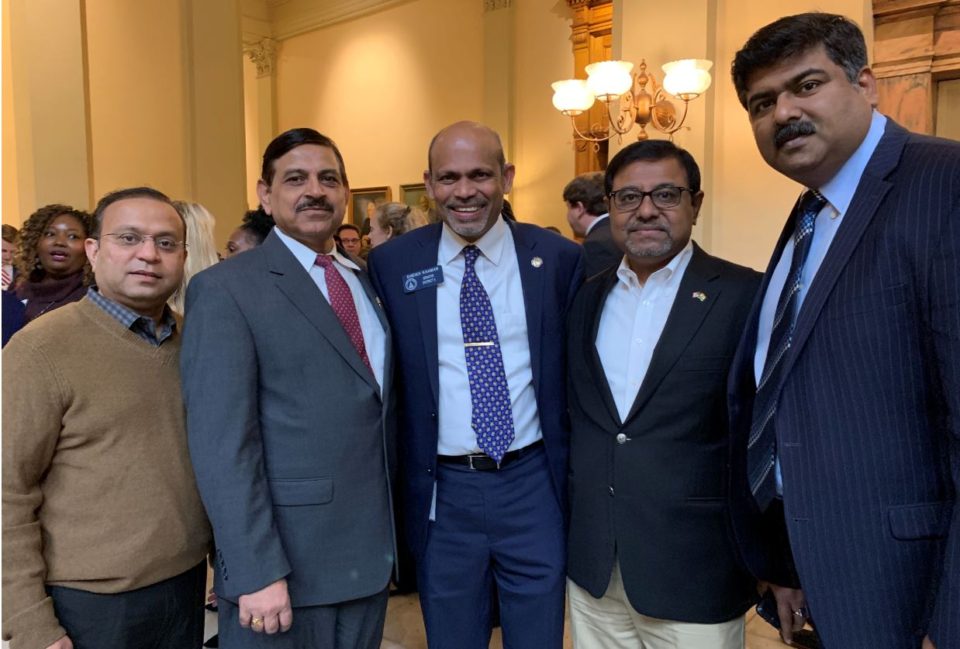 All Senators welcomed the condemnation of these kinds of terrorist activities,” said a press release issued by Federation of Indian Associations (FIA) today.

After Senator Rahman’s address, the Senate observed a minute’s silence as a mark of respect for the CRPF jawans who were martyred in the deadly terror attack by the Pakistan-based Jaish-e-Mohammed last week.

FIA president Vasudev Patel, and executive team members Sanjay Prakash, Amit Shah and Amitkumar Tiwari were present on the occasion. Their names were announced on the floor of the Senate, and they were accorded a standing ovation by all Senators. The team later also met with Governor Brian Kemp.

Last Sunday, over 500 Indian-Americans turned up at the Global Mall in Atlanta to pay tribute to the fallen heroes. The tribute and candlelight vigil was organized by FIA, an umbrella organization of Indian-American associations in Georgia.

Senator Sheikh Rahman, who had returned from Washington DC that morning, attended the tribute to express his solidarity and support. He had, at the event, promised to condemn the terrorist attack on the floor of the Senate.

Senator Rahman, an immigrant from Bangladesh, is the first Muslim ever elected to the Georgia legislature.