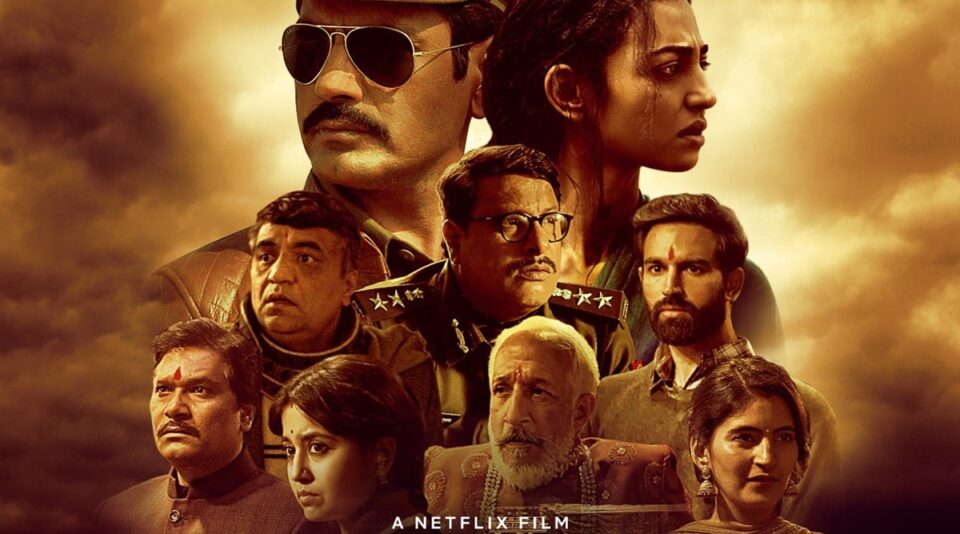 Whodunits never fail to fascinate, more so if they come packaged with an enticing noir edge. A story that sets up a smart guessing game over who the culprit of a murder mystery might be, can stimulate the thought process and entertain at the same time.

Nawazuddin Siddiqui’s new starrer falls back on such a formula to regale, which is actually a rarity in Hindi mainstream. “Raat Akeli Hai” departs from stock gimmick quota that often defines the Bollywood thriller, as an old-world suspense drama is served keeping in mind contemporary audience mindset.

The core would seem familiar. A murder takes place in an affluent home. Each of the members of the dysfunctional household could be a suspect. Following classic whodunit template the story moves to its climax in such a way that when the actual motive and murderer is revealed, you would be caught guessing otherwise.

Thematically, debutant director Honey Trehan’s film could remind you of last year’s Daniel Craig-starrer “Knives Out”, though “Raat Akeli Hai” narrates a very different storyline. The film’s crusty smalltown India milieu is also a reason why it manages to deliver the drama with a slice of originality.

The mood for mystery is set right at the outset, in the opening shot. Headlights of a car cut through a pitch dark highway. A truck falls behind the car out of nowhere, and soon rams it off the road. The car turns turtle but its two passengers survive — only momentarily, for the truck driver will presently get down, and carry out the formality of eliminating his victims.

The story really begins after that brief prologue, as the narrative takes us to five years later. On the night of wedding to his much-younger mistress Radha (Radhika Apte), the aged patriarch (Khalid Tyabji) of a rich and power-wielding household is found dead on his nuptial bed. The family members immediately accuse the young Radha. But when the investigating cop Jatil Yadav (Nawazuddin Siddiqui) arrives, he realises this is no open and shut case. Things are far more complicated.

In sync with classic whodunit norms, Jatil understands almost every member in the household could have a motive to kill the old man. As the story moves ahead, there are twists galore to keep you guessing right till the end.

Smita Singh’s writing rolls in dark secrets, forbidden passions, unsavoury truths, haunting suspense and just the adequate amount of violence to set up an interesting narrative. Sure there are the convoluted edges, but clever storytelling manages to retain your interest despite those.

Nawazuddin Siddiqui and Radhika Apte manage to share some brief, crackling chemistry in a couple of scenes, although this is far from a love story. Individually, both these phenomenal actors deliver the quality of performance you would expect from them.

This is a narrative which allows even fringe character at least one defining scene — and there is quite an assortment of actors here. Shivani Raguvanshi, Shweta Tripathi, Padmavati Rao, Riya Shukla, Ila Arun, Aditya Srivastava, Swanand Kirkire, Nishant Dahiya and Tigmanshu Dhulia have been aptly cast in roles that seem were written only for them.

“Raat Akeli Hai” is one of the better offerings Netflix have come up with lately. That should matter a lot, considering rival OTT platforms have been revving up the entertainment quotient over the lockdown months.