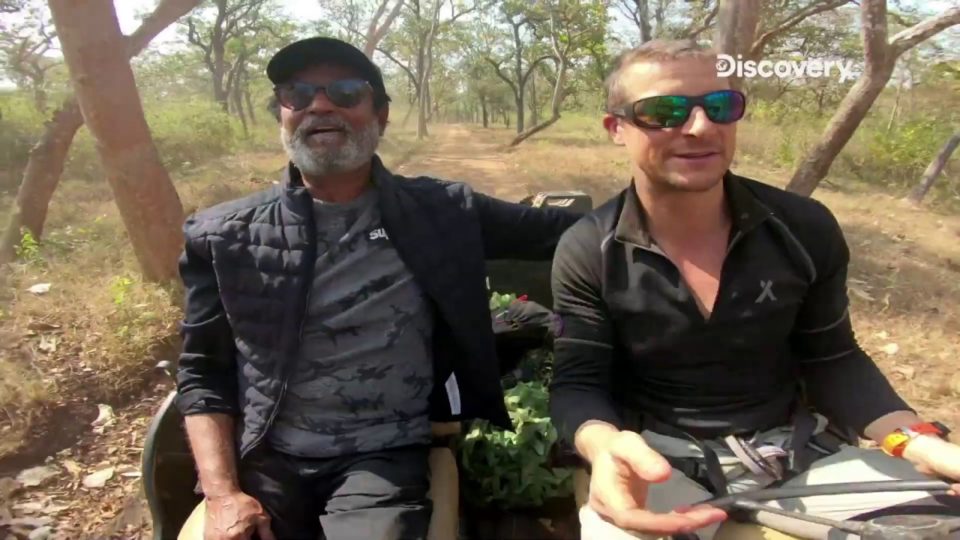 New Delhi, April 2 (IANS) Superstar Rajinikanths television debut on the Discovery channel show “Into The Wild with Bear Grylls” has not surprisingly turned out a superhit affair.

The premiere on Discovery Network — across 12 Discovery channels — delivered the highest rated TV show in the genre this year, and the second-highest ratings in history of the genre, delivering an impressive four million impressions.

The simultaneous premiere of the show on the regional entertainment brand DTamil grew the slot by 20 times, and helped DTamil nudge ahead of leading regional channels including Colors Tamil, Jaya and Raj TV during the slot. The information is as per the finding by BARC India.

The show also created huge buzz on the social media with #ThalaivaOnDiscovery reaching out to 1.41 billion individuals delivering 3.32 billion impressions, as per Meltwater.

Last year, Grylls had hosted Prime Minister Narendra Modi in the show, which was shot at the Jim Corbett National Park in Uttarakhand. Grylls has also hosted prominent celebrities in the past such as then sitting American President Barack Obama, Kate Winslet, Roger Federer, and Julia Roberts.