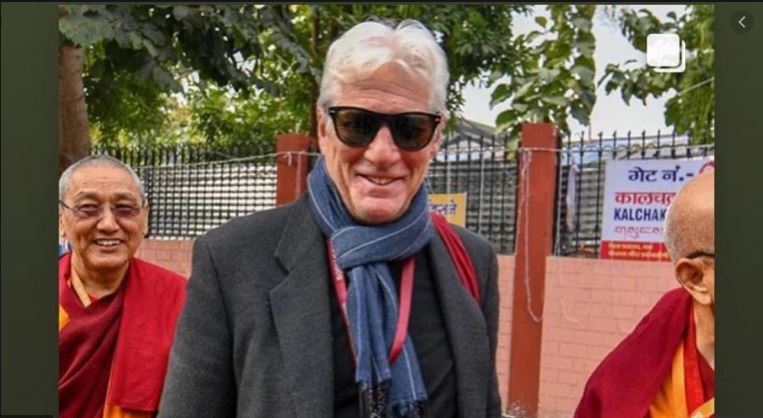 Patna, Jan 4 (IANS) Veteran actor Richard Gere is in India and during his stint he attended the Dalai Lama’s session in Bihar.

According to reports, Gere attended the Tibetan spiritual leader’s session at Kalachakra ground in Bodh Gaya on Friday.

A lot of pictures are doing the rounds on the internet in which the Hollywood star is seen wearing a black coat and a blue muffler.

The 70-year-old is known for his roles in movies “Pretty Woman”, “Primal Fear” and “Unfaithful”.

Gere has been in India several times over the past decade.