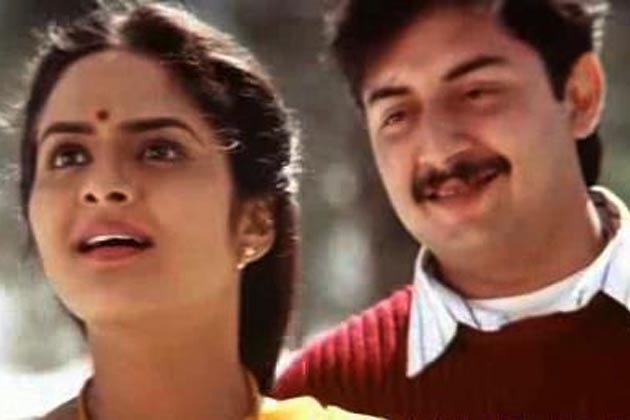 Mumbai, Oct 5 (IANS) Madhoo and Arvind Swami, who starred Mani Ratnams 1992 superhit “Roja”, will be back together on screen in a new Hindi film.

Actress Madhoo revealed this while interacting with the media at a fundraiser auction organised by fashion and jewellery designer Maheka Mirpuri for cancer patients along with John Abraham on Friday in Mumbai.

“I am doing many movies right now. I am also hosting a show for Doordarshan. Two of my films in South are about to release. Also, after all these years, I am working in a film with Arvind Swami in a Hindi film. This is the first time I am going to work with him after ‘Roja’, so I am really looking forward to that one,” said Madhoo.

Mirpuri’s MCan foundation was formed in 2013 in aid of the Tata Memorial Hospital (TMH) for providing financial assistance to the underprivileged towards cure for cancer, with focus on head and neck cancer.

Talking about his association with Mirpuri’s fundraiser event, John said: “I would like to congratulate Maheka for Mcan (foundation). A lot of deserving people are getting help. It’s a social cause and I always like to extend my support to social causes. We all need to support people suffering from cancer and spread the awareness about it. I am associated with Make-A-Wish Foundation. My mother takes care of children suffering from cancer at Wadia Hospital since the past 30 years. She also works with other social organisations. Most of the time, we prefer to do things quietly.”