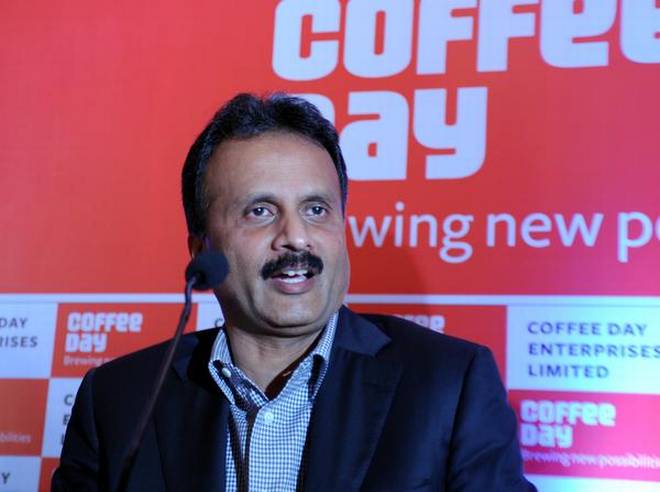 Bengaluru, July 31 (IANS) The dramatic disappearance of India’s coffee baron V.G. Siddhartha under mysterious circumstances on Monday night and the subsequent discovery of his body in the backwaters of Netravathi river near Karnataka’s Mangaluru coast on early Wednesday have sent shock waves in the corporate world, as he was an expert in brewing an empire, which ironically took a toll on his life at the age of 60.

Though Siddhartha was well-connected with the who’s who of India Inc and the political class by virtue of being the elder son-in-law of senior BJP leader S.M. Krishna in the southern state, his meteoric rise as a smart and ambitious entrepreneur was fraught with inherent risks, as was evident from a note he purportedly wrote to his company board on July 27, listing the reasons for his failure as a “successful businessman”.

From dabbling in shares, investments and securities as a management trainee/intern at JM Financial Ltd, which is now JM Morgan Stanley, in then Bombay over three decades ago to brewing Asia’s biggest coffee estate in the southern state and sewing the country’s largest retail chain of 1,752 Cafe Coffee Day (CCD) outlets across 243 cities, Siddhartha’s life turned full circle till ‘karma’ or nemesis caught up with him so much that it forced him to give up his life.

“I am solely responsible for all mistakes. Every financial transaction is my responsibility. My team, auditors and senior management are totally unaware of all my transactions. The law should hold me, and only me accountable, as I have withheld this information from everybody including my family,” read the letter Siddhartha wrote on July 27, which he kept in his drawer.

It is matter of investigation to find out how the note came to light on Tuesday morning, 12 hours after Siddhartha went missing on Monday night 360 km away from his Bengaluru office, and how it remained unknown and unseen till he suddenly disappeared.

Though the state police has set up an investigation team to ascertain what drove Siddhartha to commit suicide in a dramatic manner, only a forensic audit of his personal accounts and company books will reveal the mistakes he claimed to have made and the transactions his team, auditors and senior management were unaware of.

“What all information he withheld from everybody, including his family, needs to be investigated from the transactions he made and the money he borrowed, as they have resulted in a cumulative debt of a whopping Rs 8,500 crore, which turned out to be a millstone around his neck he could no longer hold or bear,” a city-based financial expert told IANS on Wednesday on the condition of anonymity.

With the company’s board of directors confirming that the note and Siddhartha’s signature were authentic after the Income Tax department claimed that it was different from his signatures in the annual reports, an independent inquiry by the concerned authority alone will bring out the facts or circumstances that drove Siddhartha to take his life the way he did.

“My intention was never to cheat or mislead anybody, I have failed as an entrepreneur. This is my sincere submission, I hope someday you will understand, forgive and pardon me,” said Siddhartha, sounding apologetic for the omissions and commissions that ended his life.

“As Siddhartha had calculated and claimed that the total value of the company’s assets outweighed the liabilities, what could have driven him to commit suicide? Blackmail by those whom he still owed a lot like a private equity partner he did not name or more harassment by the tax authorities or fear of law catching up with him finally,” wondered the expert, who is the auditor for a few corporates in the city.

Son of a coffee estate owner, Siddhartha launched CCD two decades ago and created a global brand even before Starbucks forayed into India by expanding it into a retail chain that increased the consumption of coffee in variety of flavours and brews through 1,752 outlets, 31,000 vending machines and 12,000 corporate accounts.

“It is Siddhartha’s innovative style of promoting coffee that made the brew popular across the country and dispelled the myth that coffee was consumed only in south India, unlike tea which is a pan-India drink,” a coffee trader told IANS.

Diversifying into new areas of business such as information technology (IT), real estate and other rewarding verticals, Siddhartha floated a stock broking firm (Sivan Securities) in the mid-1990s and renamed it as Global Technology Ventures in 2000 before he entered into retailing coffee, sourcing the beans from the sprawling 12,000 acres of his ABC Trading firm coffee estates in the state’s coffee-growing districts of Chikkamagaluru, Hassan and Kodagu.

According to a Forbes report, Siddhartha was valued at $1.15 billion.

In the draft prospectus for raising funds through an initial public offering (IPO), Siddhartha disclosed that his family has been in the coffee-growing business for over a century and that the group had invested in diverse portfolios — coffee retailing, logistics, technology parks (SEZ and STP schemes), financial services and investments in technology and software firms.

A post-graduate (MCA) in computers from the Mangalore University and a graduate in arts from Mysore University, Siddhartha had set up Coffee Day Global Ltd in 1993 to export coffee beans before foraying into retailing in different formats across the country.

Siddhartha’s wife Malavika Hegde, the elder daughter of S.M. Krishna and a non-executive director in the company, has domain expertise in coffee growing, procurement, processing, exporting and retailing. She has also been operating the company’s hospitality business and the Yelnoorkhan Estate in Chikkamagaluru, about 250 km northwest of Bengaluru.