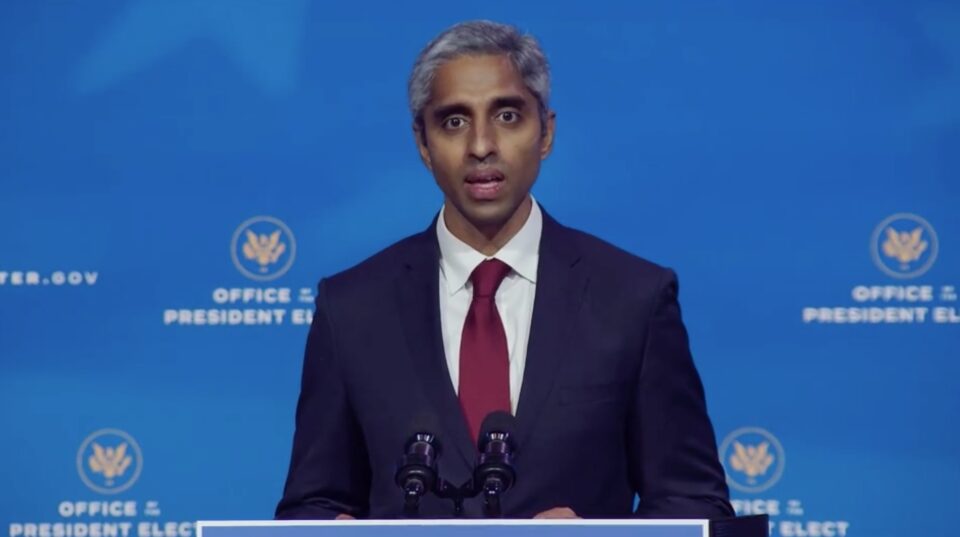 New York, March 24 (IANS) The US Senate has confirmed Vivek Murthy as the surgeon general, the second time he will be holding the position.

Seven Republicans joined the Democrats in the evenly split Senate to confirm him, despite the opposition from the bulk of Republican senators because he has called gun violence a “public health crisis” and called for restrictions on gun ownership.

The Senate confirmation of the strict gun control advocate came a day after a mass shooting in Boulder, Colorado state, in which ten people were killed, and another a week ago in Atlanta that claimed eight lives.

He received six more votes this time than the minimal 51 he received in 2014 when former President Barack Obama appointed him to the post.

A Democrat Senator, Joe Manchin, who had voted against him 2014, backed him on Tuesday saying, “Murthy has confirmed his commitment to remaining non-partisan as surgeon general and reaffirmed his belief that the vast majority of gun-owning Americans are responsible and follow the law.aï¿½

Murthy worked with President Joe Biden’s campaign as a health policy adviser and was the co-chair of his COVID-19 advisory board during the transition helping prepare his administration to deal with the pandemic.

Former President Donald Trump had fired Murthy when he took over and Biden is making a point by restoring him to the same position.

The surgeon general is the head of the Public Health Service Commissioned Corps made up of over 6,000 uniformed medical officers.

The surgeon general is not a member of the cabinet and works under the secretary of health and human services, but has the rank of a vice admiral and wears the uniform with the insignia of the rank.

The position, called the “Nation’s Doctor” is more of an advisory one with the added task of being an evangelist for health with the regalia of the office.

Media reports have said that Biden may expand Murthy’s role.

After he was fired by Trump, Murthy worked as a consultant to several companies including Nextflix and his financial disclosure document showed that he had collected $1.7 million in fees.

Murthy’s passage through Senate is in contrast to that of two other Indian American nominees.

Neera Tanden, who was nominated to the cabinet position of director of the Office of Management and Budget, had to withdraw when she was opposed by even senators of the Democratic Party because of her intemperate tweets attacking several politicians personally and getting into a physical altercation with Faiz Shakir, a Pakistani American who was the presidential campaign manager for Senator Bernie Sanders, a key member of one of the Senate panels that would have had to approve her nomination.

The confirmation of another Indian American, Vanita Gupta is hanging in the balance for supporting the campaign to cut funding for police departments and also because of her tweets attacking Republican leaders.

Nominated to be associate attorney general, she faced a hearing by the Senate Judiciary Committee at which she expressed remorse for her tweets and backed down on defunding police.

Manchin, a key Democrat who sunk Tanden’s nomination, has not said if he would support her.

Republicans on the Judiciary Committee have asked for a second round of hearings with her to get her to clarify her views on police funding.

Missing Indian-American woman found dead in trunk of her car