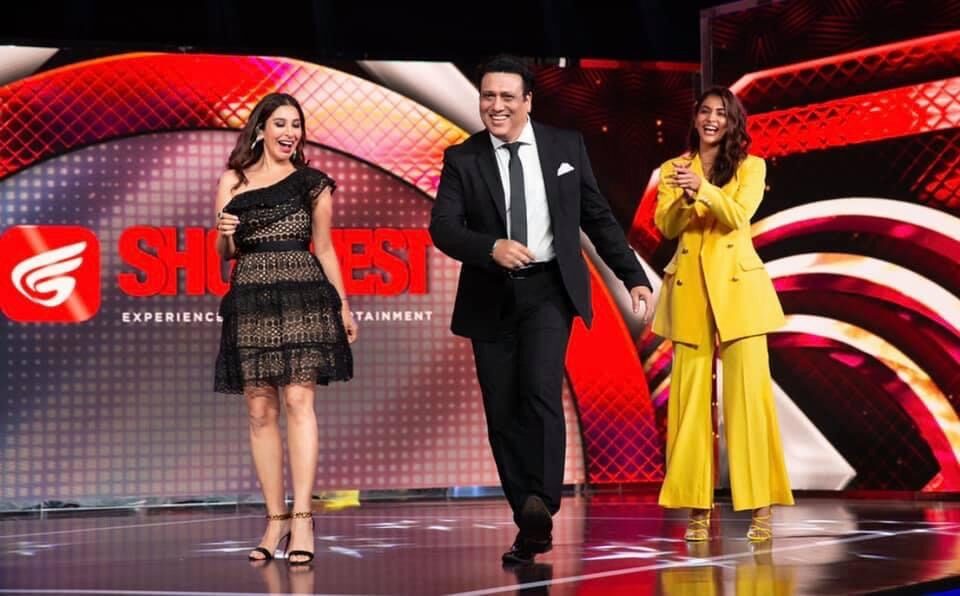 Atlanta, GA, October 2, 2021: On September 26th, 2021, Showfest held a press event in Mumbai with live streaming at Tony’s Grill in Atlanta to launch their new model, which they called the “New era of Bollywood entertainment.” The event, hosted by singer and actress Sophie Choudry, included Bollywood music stars the likes of Udit Narayan and Alka Yagnik, as well as iconic actors such as Govinda.

Choudry started off the event by hyping up the crowd and reflecting on the importance of innovation. “Tonight, we’re going to introduce you to an innovation that will revolutionize post-pandemic live entertainment,” she announced.

Afterward, different representatives from Showfest, including founders Karl Karla and Anand Dawda came onto the stage to explain their role in the company as well as their excitement and hopes for the endeavor.

“With ShowFest, our vision is to create a loyalty-based community for Bollywood enthusiasts in North America,” Karla envisioned.

Bhavana Anand, the executive producer for Atlanta, who was introduced by Choudry as the youngest brain in the business, also spoke on the innovation of the event, calling it a “premium upgrade from the old ways.”

Later, speaking to NRI Pulse from Mumbai, Bhavana Anand said she has been part of the development of Showfest for the past year and a half. “This is a cool, new concept in entertainment. Showfest will change the field; old ways will make way for the new,” she said.

The Atlanta team will focus on the Atlanta, Florida, South Carolina and North Carolina markets. Seven back-to-back events are lined up for next year. “The venues are already booked,” Anand said.

While pricing and seating were huge issues for event promoters, Showfest is technologically advanced, with 360 degree, revolving graphics that will tell buyers the exact seats they are buying, she added.

At the Mumbai press meet, after all the representatives made their rounds, Choudry and the crowd were extremely curious to find out what exactly this innovative model was. So, founders Dawda and Karla came back onto the stage for a sit-down interview portion explaining the product.

“As a creator of shows, we faced a lot of challenges bringing these shows across the world,” said Dawda, reflecting on Showfest’s model pre-pandemic. “There were lots of layers: the artist, promoters, sponsors, and sometimes communication wasn’t driving right within this chain.”

Essentially, the new Showfest business model works as a monthly or annual membership that subscribers can pay. Therefore, for a one-time fee, members gain access to five indoor concerts and two music festivals over the course of the year. These concerts include some of the biggest names in the Bollywood music scene and members can choose one seat for their venue that will remain theirs for the duration of the year.

“We wanted to infuse technology along with the live entertainment business to make Bollywood a lifestyle,” Dawda elaborated.

If a member cannot make it to one of the seven concerts, they can transfer their ticket to another friend or choose to bring a guest. Additionally, members get other perks such as weekly jackpot drawings for cash, a chance to win a Rolls Royce, and exclusive digital content such as popular Bollywood movies, stand-up comedy, or yoga and spiritual seminars.

The membership also includes an amount of “Showfest coins,” which serve as tokens for both pre-show and post-show perks such as rehearsal viewings or backstage passes which would normally only be available to the most exclusive tickets at a regular venue. Even members with the most basic subscription can earn these coins by interacting with the app and referring people, and then spend them on the singers and performances they most value.

“Showfest is now a better way of creating the larger-than-life experience the customer is paying for,” Dawda concluded.

Kalra and Dawda then explained the price point: the Silver package, which was the most basic, landed at 365 dollars a year or about 30 dollars a month, whereas the Elite package, the most expensive, was 5555 dollars a year and included even more exclusive benefits such as valet free parking and dinner. Between these two price points were 12 tiered packages, so members could choose the value they best fit with. Atlanta venues included the Gas South Arena and the Ameris Bank Amphitheatre.

Both Asif Bhamla from the Bhamla foundation as well as congressman Raja Krishnamoorthi spoke on the benefits of the model. The latter discussed at length how environmentally friendly an app version was, while the former discussed the positive impact Showfest would have on the Indian-American community.

After the interview and presentation portion, Choudry introduced all seven concerts and their lineups, many of which were present at the event. First was Sufitronix, one of the festival lineups, which included Salim-Sulaiman, Richa Sharma, Harshdeep Kaur, Akhbar Sami, Indian Idol winner Salman Ali, and Raj Pandit; all of them were present at the event. Ali even sang a few lines of one of his favorite songs for the crowd.

The next group was the concert group U & We 3, which consisted of the trio Shaan, KK, and Mohit Chauhan, which were also present.

“The whole concept is absolutely fantastic, and being a part of it is really special,” said the famous singer KK.

After that, Sophie Choudry introduced lineups Rewind (Udit Narayan, Alka Yagnik, and Kumar Sanu) and Madness (Ananya Birla, Vidya Vox, DJ Aqeel, and Honey Singh), the former of which was at the event and came up on stage.

Govinda and Pooja Hedge also came up on stage and said a few words about the ingenuity of Showfest before inviting all of the other musical talents up on stage along with the founders. The group ended the event with a powerful countdown anticipating the launch of the website and the opening of Showfest to all potential members.