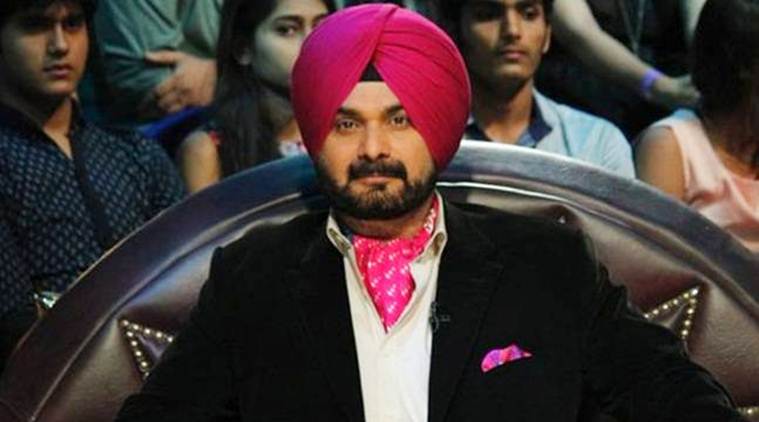 Mumbai, Feb 16 (IANS) Following uproar over his remarks letting of Pakistan after the Pulwama attack in Jammu and Kashmir by Jaish-e-Mohammad militant that claimed 49 lives, Punjab cabinet Minister Navjot Singh Sidhu has been dropped from the popular “The Kapil Sharma Show” on television.

According to a source close to the show, Sidhu will no longer be part of the Sony Entertainment Television comedy. The Punjab Minister, who has been for several years part of Kapil’s show, had on Friday during a media interaction, said, “Nations cannot be held responsible for the dastardly acts of terrorists.

“The terrorists do not have deen, mazhab (sect and religion). There are good, the bad and the ugly. Every institution has them. Every nation has them. The ugly need to be punished…”

While the terror attack evoked widespread condemnation and calls for action against Pakistan, Sidhu said that the dialogue with Islamabad should continue.

“Where ever wars are fought and such things (Pulwama type attack) happen, dialogue also continues simultaneously. There is a need to find a permanent solution to (issues between India and Pakistan).

“Such people (terrorists) have no religion, no country and no caste. When a snake bites, its anti-dote is also snake poison,” Sidhu had said.

His comments led to a huge uproar, with hashtags like #BoycottSidhu #BoycottKapilSharmaShow and #BoycottSonyTV trending on Twitter.

Asked if the decision comes after his remarks, the source said: “There might be other reasons as well, but this thing is surely one of them.”

Confronted by media on Saturday regarding his removal from the TV show, Sidhu walked away, refusing to comment, sat in his SUV and drove away.

Sidhu’s official Public Relations Officer (PRO) told IANS that the minister had not made any comments regarding the Sony TV development.

He said that the minister was in Moga on Saturday to offer condolences to CRPF martyr Jaimal Singh and was later scheduled to visit Sultanpur Lodhi in Kapurthala and Amritsar.

There were also reports that he has been replaced by Archana Puran Singh on the show. But the source declined to comment on the same.

In the worst ever terror attack in Jammu and Kashmir since militancy erupted in 1989, a Jaish-e-Mohammad (JeM) suicide bomber on Thursday rammed his vehicle packed with explosives into a CRPF bus on the Jammu-Srinagar highway in Pulwama district, killing at least 40 troopers on the spot. The toll rose to 49 on Friday as several injured succumbed.

After the strike, India rejected Pakistan Foreign Secretary Tehmina Janjua’s claims denying her country’s links to the attack, saying that JeM, which claimed responsibility for the strike, is based in Pakistan, and the “links are clear and evident and for all to see”.

The attack has left the security establishment stunned as it created the biggest casualty of security personnel in a single day in peace time.

Pulwama fallout: US for India’s bid to name Masood Azhar a global terrorist