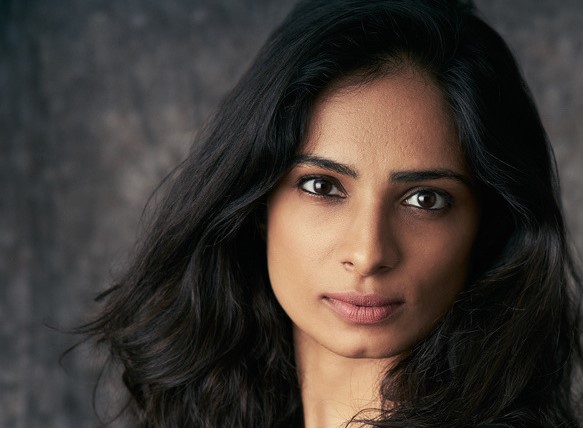 During interactions with skaters, she realized that no matter how old one is, where he/she skates, the strata of society one belongs to — the moment you step on the board, you wheel towards a sense of freedom and achievement.

Filmmaker Manjari Makijany, whose movie ‘Skater Girl’, streaming on Netflix, which has been garnering rave reviews is set in a remote Rajasthani village and follows Prerna, a teen living in a traditional set up. However when Jessica arrives from London to know more about her late father’s childhood, and her friend are seen on a skateboard, the village children get mesmerized with the ï¿½new’ sport. With a view to encourage the children, Jessica sets out to build the kids their own skatepark.

Makijany however clarifies that she didn’t set out to make a film on skateboarding. In fact, skating became the catalyst for her to tell this coming-of-age story. “A few years ago, when I discovered there was a skate scene in India, my sister, Vinati Makijany (co-writer and producer) and I did a deep dive in researching how skateboarding was thriving in Madhya Pradesh, Kovalam, Delhi, Mumbai, Pune and Bengaluru. The idea for Jessica to introduce skateboards in the village was drawn from the village of Khempur itself where the kids already had makeshift boards they called bearing gaadis.

By the way, just being inspired by the skate scene in India was not enough to go off and write a whole feature film. We met many girls from rural Rajasthan to write Prerna’s character authentically while a lot of Jessica’s struggles in the film were inspired by our own challenges in creating a skate park in a rural village in Rajasthan — ï¿½Desert Dolphin Skate park’, which was left intact for the kids after the shoot,” she told IANS.

Interacting with skaters to understand the subculture of skateboarding and potentially cast skaters, it was their time spent with the rural girls in Rajasthan that was crucial in shaping this film, Makijany reveals that none of the leads and supporting talent knew how to skate before filming. “In fact Rachel (Prerna) was terrified of skateboarding and doing the drop in was her biggest fear. We rewrote certain scenes and incorporated her actual fears to keep it real and authentic. The film is not about showcasing all the tricks one can do but about conquering inner fears. They trained for about five months daily with the skate coach, Kevin Anish Christopher, who taught them how to fall safely before they could start skating. Local skater girls from Khempur, like Kusum and Lila who learned to skate at the Desert Dolphin skatepark were also cast in the film.”

Adding that she wanted to set the story against the vibrant and picturesque backdrop of Rajasthan where she spent time interacting with girls in rural areas, thus choosing Udaipur, Makijany says, “We had three prerequisites to lock a place: It had to have a rustic village backdrop; should have concrete roads so kids could skate; and there had to be over a thousand kids in and around the village so the skate park could be beneficial to the local community after the film. We ultimately zeroed in on Khempur, a remote village situated in Mavli, around 50kms away from Udaipur”

Talking about her upcoming projects– ‘Skate Basti’ (Skate Village) and ‘Spin’, the filmmaker says that the former is a documentary that follows the journey of local kids in Khempur, Rajasthan after being introduced to skateboarding at the Desert Dolphin Skate park. “It’s a longer project as we’re tracking real life stories of the children. These kids who had never stepped on a skateboard before the skate park was made were now in state jerseys traveling for the first time outside their villages to take part in a National level championship.”

ï¿½Spin’, which is Disney Channel’s first Indian American story that follows Rhea, an Indian American teen whose journey of self-discovery empowers her to find her true love – creating and producing beat-driven music infused with her South Asian culture. “It was an exciting opportunity to introduce our Indian culture to an American audience through music. I also had the opportunity to work with Marius De Vries (composer Romeo Juliet, Moulin Rouge) and bring on Salim-Sulaiman to do an original song for the film. Projects like this that allow me to bring the best of the two worlds together is very exciting. There is also Abhay Deol and Meera Syal in the film with Avantika as the lead. The film releases on August 31, 2021.”

While she may be all for the feeling of community viewing and the experience of watching movies on a big screen, Makijany feels that OTT platforms have allowed filmmakers to explore stories that would otherwise never be touched owing to the risk of box office numbers. “I always knew our story would strike a chord with a global audience as the themes explored in ‘Skater Girl’ are very universal. Today a theatrical release could not guarantee the kind of reach an OTT can for an indie like this. Our film got a global release in over 191 countries and various languages. That kind of reach is every filmmaker’s dream.”