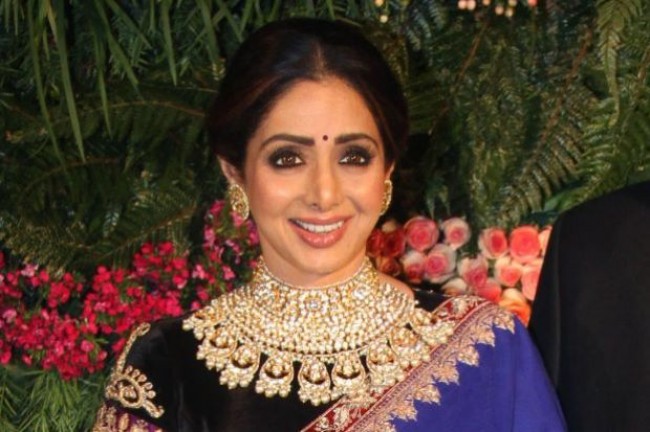 “It is expected to return with the body and the immediate bereaved family members late tonight,” the sources added.

The funeral is likely to take place on Monday, although there is no word from the family on this so far.

Sridevi, 54, passed away in Dubai late on Saturday night, plunging the entire country into a pall of gloom as her fans and admirers expressed shock and disbelief.

The actress breathed her last on Saturday night at around 11 p.m following cardiac arrest. She was rushed to the nearby Rashid Hospital but pronounced dead on admission.

Sridevi was in Dubai to attend the marriage function of actress Sonam Kapoor’s cousin Mohit Marwah, along with husband Boney Kapoor and younger daughter Khushi.

The actress is remembered for her performance is some of the iconic Bollywood films like “Mr. India”, “Nagina”, “Sadma”, “ChalBaaz”, “Chandni”, “Khuda Gawah”, among many others in different Indian languages.

The Padma Shri recipient, who made a comeback to Bollywood in 2012 with “English Vinglish” after a long break of 15 years, was last seen in “Mom” in 2017.