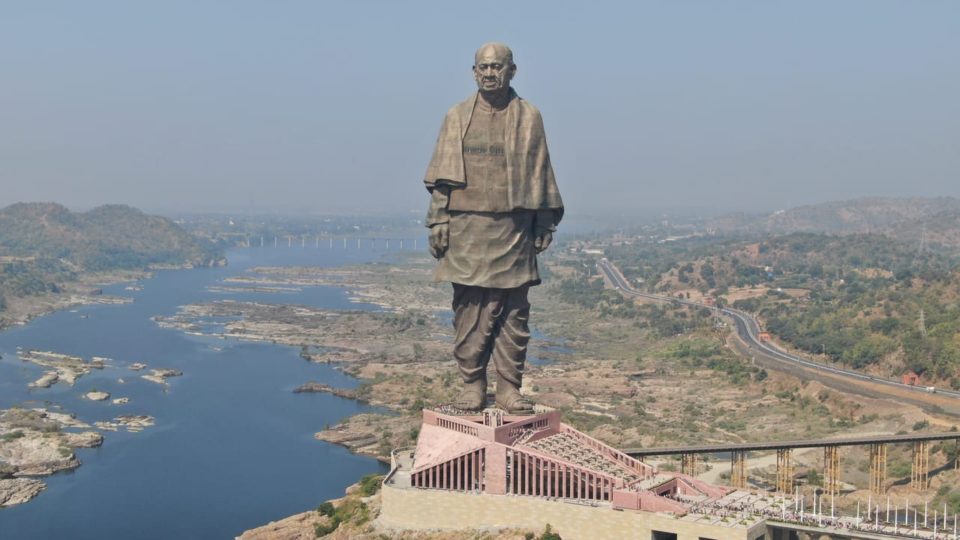 Mumbai, May 28 (IANS) The world’s tallest, Statue of Unity in Gujarat built by Larsen & Toubro, has entered the globally-acclaimed 2019 World Architecture News (WAN) Awards, an official said here on Tuesday.

The WAN Awards showcase the best international design in current and future projects, and the award ceremony is likely to be held in July.

“This is a significant and deserving recognition of India’s engineering skill and project management,” S.N. Subrahmanyan, CEO and MD of L&T, said on the recognition for the Indian-made engineering marvel.

“The Statue of Unity was by far one of the most complex and challenging assignments we have executed and being featured along with several other global engineering marvels is a truly remarkable achievement, not only for L&T but for the entire nation,” he added.

Constructed in a record 33 months, the world’s tallest statue stands at 182 metre (597 feet) as a memorial to the contributions of Sardar Vallabhbhai Patel in the country’s freedom struggle and the stellar role he played in unifying the country into a nation.

A staggering 6,500 tonnes of structural steel, 18,500 tonnes of reinforced steel, 210,000 tonnes of concrete and 1,700 tonnes of bronze cladding went into the making of the statue by an army of over 4,500 designers, architects, global consultants, engineers and workmen.

L&T’s Whole Time Director and Senior Executive Vice-President M.V. Satish said the Statue of Unity is not only a triumph of teamwork but also of digitalization.

“We were operating in an extremely tough terrain and hence used a range of geospatial technologies like DGNSS, terrestrial LiDAR, drone-based photogrammetry for our geological surveys and sonar for the hydrographic survey. Every one of the 6,500-odd bronze panels were RFID-tagged that rendered assembly and erection much easier,” Satish added.

The Statue of Unity — one of the few man-made objects visible from space — is situated on Sadhu Bet, 3.2 kms downstream from the Narmada Dam, comprising a complex with a museum, a memorial garden, a designer bridge connecting Sadhu Island with the mainland along the Narmada River, an internal five km-long roadway, an administrative complex, a conference centre and a star-rated hotel.

The statue, designed by Maharashtra’s legendary architect Ram V. Sutar, was conceived as a naturalistic depiction of Sardar Patel in his characteristic style in a walking pose, rising out of a star-shaped geometric base that covers the entire Sadhu Hill.

It has a unique, slender width-to-height ratio, far more exacting than existing technical norms that called for special engineering considerations.

Two vertical cores that house high-speed passenger elevators support the steel frames to which around 6,500 bronze panels are clad.

A viewing gallery has been constructed at 135 metres, at the chest level, from where 200 visitors can take in the breathtaking views of the Narmada Dam and other landmarks.

At its height of 182 metres, it is twice as tall as the Statue of Liberty in New York, 100 times larger than a normal human being, and at 70 feet, Sardar Patel’s face is bigger than the faces of the US Presidents cut out on Mount Rushmore in the US.

The Statue of Unity is built to withstand winds of up to 290 kmph and earthquakes of up to 6.5-magnitude on the Richter scale.