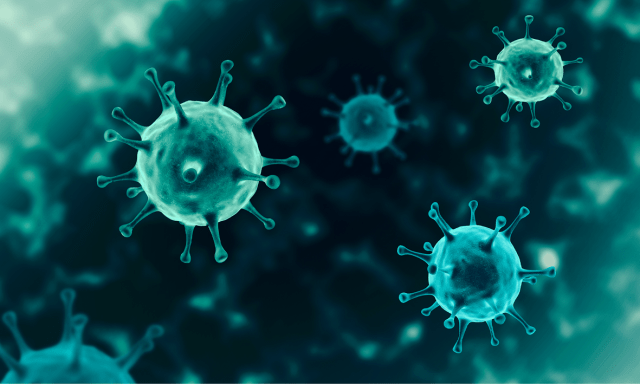 New Delhi, April 27 (IANS) Sunshine and summer may ebb the spread of the coronavirus, and BCG vaccine (already given to all Indians) also may offer partial immunity, says Ravi Godse, Director of Discharge Planning, UPMC Shadyside Pennsylvania, the US. Godse recommended the use of plasma therapy for serious patients in an email interview with IANS.

Here are the excerpts from the interview:

Recently, the White House said the spread of coronavirus may ebb during summer months. May and June will have peak summers in most parts of the country, do you think high temperatures will help in containing the outbreak?
Viral illnesses tend to go away in the summer months. This trend is more distinct in countries like America where there are distinct weather patterns with brutally cold winters (in most states) and warm summers. While social activity in the summer often involves outdoor spaces, winter activities tend to be more congested and indoors.

In the summer, the humidity can go up as well, meaning more water drops in the air. If the air is saturated with water and somebody sneezes virus droplets into such air, it is likely that the droplets will fall to the ground quicker, making them less infectious. So the short answer is yes, summer/sunshine could be better. We know what we know, but we don’t know what we don’t know.

Recently, the health minister said the efforts to contain the outbreak, has saved India from going into Stage 3 or community transmission stage, and many senior officials said the COVID 19 disease is under control. With 20,177, active cases in the country, do you think things are under control?
India is a big and populous country and will likely behave similar to America (though India has fewer foreign travelers). In America, San Francisco is very different from Indianapolis; New York is different from Las Vegas. Similarly, Agartala is different from Mumbai and Chennai is different from Shimla. So India will behave as if individual states are different nations.

Some people think that India is 4 weeks behind America in the peak. But India’s lockdown (March 24) started eight days after that of America (March 16), so India might have had a 3-week head-start on social distancing, and that will help.

It is possible that the BCG vaccine (already given to all Indians) may offer partial immunity. Weather might help. Many people think that the sturdy genes of our population, hardened through experience with infectious illnesses, may afford a more robust cross-immunity. This might be more wishful thinking, however, it does seem like India will avert the disastrous peak that other countries experienced. If the cases pick up, then the rest of the world (especially America, which would be far beyond its own peak) would rush to India’s help. I don’t think that the people of America will soon forget India’s selfless and helpful actions regarding hydroxychloroquine.

What is your reaction to plasma therapy?
Use plasma for serious patients. Start collecting the plasma today, if we need it in 3 weeks. Rather than troubling the recovered patients for the plasma, we can try and see if the antibody titer of the healthy asymptotic patients is better (They did better than the patients who ended up in the hospital).

If no relapses occur and there is no drastic increase in the number of cases in July, would it be good enough to declare a major success against COVID-19?

Relapse can be talked in the context of happening in a recovered patient or in the community.

When a patient gets infected, he or she first develops IgM, then IgG antibodies. In some viral illnesses (say chicken pox) the protection could be lifelong. We don’t know how long the IgG protection for COVID will last in recovered patients. If it is durable, then relapses should not occur. Even if there is an overall increase in the number of cases of really sick people, the increase would happen gradually over a longer duration, ensuring that the health systems are not overwhelmed and the demand for health care is spread out. If that happens, we can declare a major success.

We have limited experience on this viral infection. Under these circumstances, can we say people will develop lasting antibodies to protect them from this infection?

We will only know by testing. The antibody testing will be a tool, and it needs to be employed regardless of the cost. If people who have IgG against the virus are shown to be immune from future/recurrent disease, then those people can be used to open the nation and restart the economy. Remember, the vaccine is also coming, which will try and artificially induce lasting antibodies. The challenge could be the fact that COVID is an RNA virus and can mutate, but remember, not all change is bad: it could become milder or less infectious.

There are many uncertainties with COVID-19 — one big uncertainty is whether people can be reinfected with the virus. Anecdotal evidence appears to suggest they can. What is the time period within which we could get a vaccine? And after this vaccine, can we say, war has been won against coronavirus?
For us to know that people are getting re-infected, we need to reliably know that they were infected in the first place. What if the first test the person took was a false positive? There is enough scope for confusion. If a person tests positive for a genetic test, then tests negative, and then tests positive again, and you include the possibility of error in any of the 3 tests that the person took, you really won’t know. And we are talking only about molecular/genetic tests (that directly measure the virus) so far. What happens to error when we introduce the antibody test (that measures the body’s response to a virus)?

My thinking is simple, if a patient is mildly symptomatic, he/she does not need the test. Assume the disease is there and behave accordingly. A good 90 per cent of people diagnosed with COVID will likely be okay, 5 per cent will be very sick and get better, and 5 per cent may die. But remember, if for every diagnosed patient, there are 1000 asymptomatic patients walking about, then the case rate is high, but the mortality rate should also be divided by 1000 and would be 0.005 per cent.

A vaccine will likely come and sooner than we think. There are multiple drugs that are being tried to cut the severity of the illness.

In the US, pediatricians say 80 per cent of the kids are likely to have coronavirus, but they are so asymptomatic one would not come to know. What is your view in the Indian context, are children vulnerable here too?
Yes. However, we should note that the US is not genetically homogenous. It is not a race, per say. It is a teeming nation of nations, packed with people from various gene pools, like Walt Whitman said. India is more homogenous. But my belief is that Indian kids will behave more like American kids.

Also, I saw reports that suggest 80 percent people in Mumbai might be asymptomatic. Then, kids will be behaving like adults in more ways than one!

What are your suggestions on tackling COVID-19?
Isolate and quarantine mildly symptomatic patients. Try and use experimental drugs to keep moderately symptomatic patients from getting serious. Keep waiting for the vaccine, hoping for it is early and effective, and preparing for it being neither. Find the most accurate antibody test and use it by the thousands. Confirm by genetic testing on random samples to see if these people are getting reinfected. If they are not, release these antibody positive patients into the work force and open the economy and life itself. Finally, the discussion regarding opening up needs to start now. It needs to effectively communicate the goals, how they will be achieved, with firm dates, with the capacity to adjust without panicking, if the cases pick up after the lockdown is lifted.