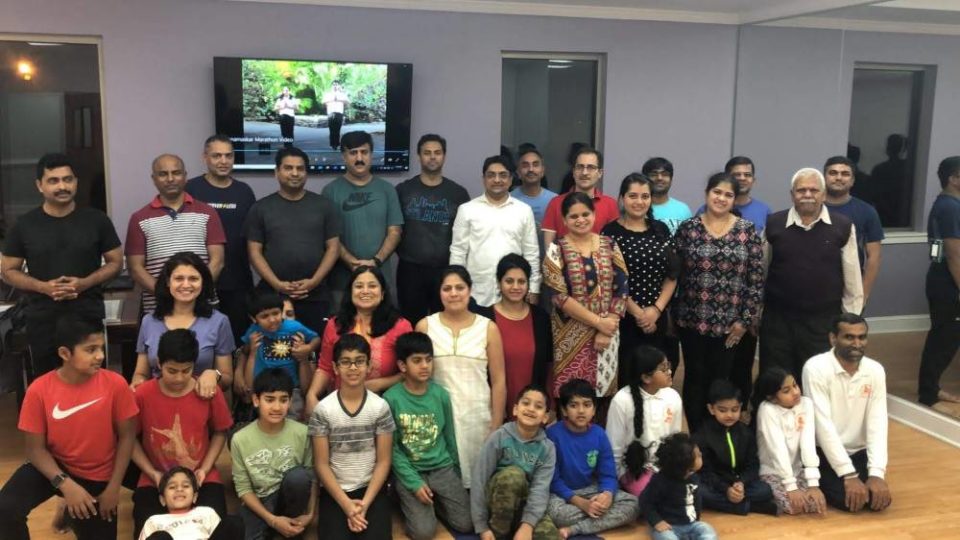 The 16-day Surya Namaskar Yagna or simply SNY was the fourteen annual nationwide campaign organized by Hindu Swayamsevak Sangh, HSS, to create awareness about Yoga and its advantages in achieving a healthy body, mind, and spirit. Surya Namaskar integrates simple Yoga postures in 10-steps that, along with easy breathing technique, and is believed to provide immense health benefits to both the body and the mind.

In Georgia, four separate events were held in different parts of the state. The 24-hour SNY marathon was the highlight event where over 90 participants came together to perform over 13000 Surya Namaskar in 24 hours. A three-hour SNY marathon for the Yuva or youth of the midtown Atlanta area was held at Georgia Institute of Technology. Outreach events at the Ultimate Karate Fitness, Marietta and an event at the Balvihar, VHP, completed the four events held in Georgia.

The 24-hour marathon began on January 24 at 7pm at the Sanatan Mandir in Smyrna, which had over 90 participants performing over 13000 Surya Namaskars.

“The Kishore and Kishoris of Georgia vibhag eagerly volunteered to perform the Surya Namaskars overnight to keep the marathon going while the elderly performed Surya Namaskar during the day time.” Said Suprabha Satyanarayana, GA coordinator, HSS.

The Student Center Ballroom at GA Tech had 17 participants who performed over 2300 Surya Namaskars, which was in conjunction with the 24-hour marathon at Smyrna. A couple of participants performed over 250 Surya Namaskars in the allotted 3 hours setting an event record. At Ultimate Karate Fitness, Marietta, a total of 19 participated to perform 95 Suryanamaskars. A total of 55 Participants comprised of students from and staff of Balvihar, VHP, Cobb Chapter, performed 165 Suryanamaskars.

Over the period of two weeks Georgia vibhag participants performed over 25000 Surya Namaskar which was tracked using the SNY web application. Daily video conferencing was set up to connect Surya Namaskar enthusiasts so that they can perform Surya Namaskar together. The proclamation by the Mayor thanked HSS for its outstanding job with helping to preserve and promote the ancient heritage and cultural values around the world.

Yoga is one of the six orthodox schools of Hindu philosophical traditions. Specifically, Surya Namaskar or Sun Salutation, is a practice in Yoga that incorporates a sequence of gracefully linked 8 asanas or yogic postures performed dynamically in synchrony with the breath that results in numerous health benefits.

HSS initiated this health awareness project in 2006. Since its inception, participants from 40 states actively took part via various Yoga Centers, community organizations, schools and colleges regardless of individual faiths and beliefs, have participated and collectively performed over 4 million Surya Namaskars.