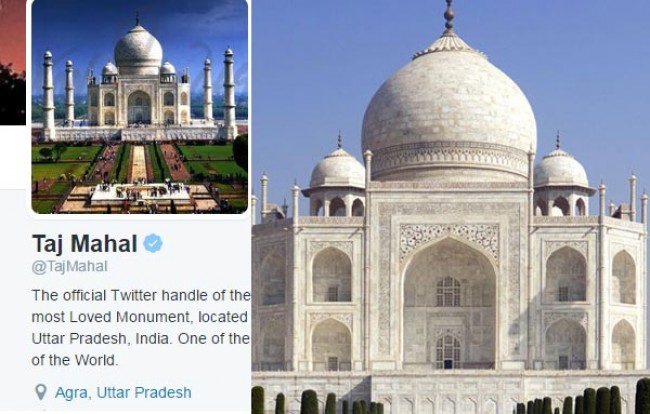 London, Dec 28 (IANS) In a perfect New Year greeting, the Taj Mahal and Statue of Liberty warmly greeted the Eiffel Tower as the 126-year-old monument joined the micro-blogging site Twitter for the first time this week.

“Welcome to Twitter, my sister,” tweeted Statue of Liberty on its handle @LaTourEiffel, later joined by the Taj Mahal — indisputably the most famous example of Mughal architecture and a Unesco heritage site, The Telegraph reported on Monday.

“Parisian since 1889, now I am sparkling on Twitter!” said one of the first tweets on the official account of the 1,063 ft-high tower nicknamed La Grande Dame by its creator Gustave Eiffel.

According to the officials, they decided to open the Twitter account to provide “news about the Tower, historical facts as well as practical information”.

The Taj Mahal joined New York’s Empire State Building in welcoming the tall Paris tower to the world of tweets.

Eiffel Tower attracts more than seven million visitors from across the globe annually.

The Louvre, the world’s most visited museum also welcomed Eiffel Tower, accompanied by a photo of the tower on the distant horizon taken from the museum’s rooftop.

Constructed in 1889, Eiffel Tower has become a global cultural icon of France and one of the most recognisable structures in the world.

The tower is the tallest structure in Paris and the most-visited paid monument in the world.

During its construction, the Eiffel Tower surpassed the Washington Monument to become the tallest man-made structure in the world, a title it held for 41 years until the Chrysler Building in New York City was built in 1930.

The tower has three levels for visitors, with restaurants on the first and second.