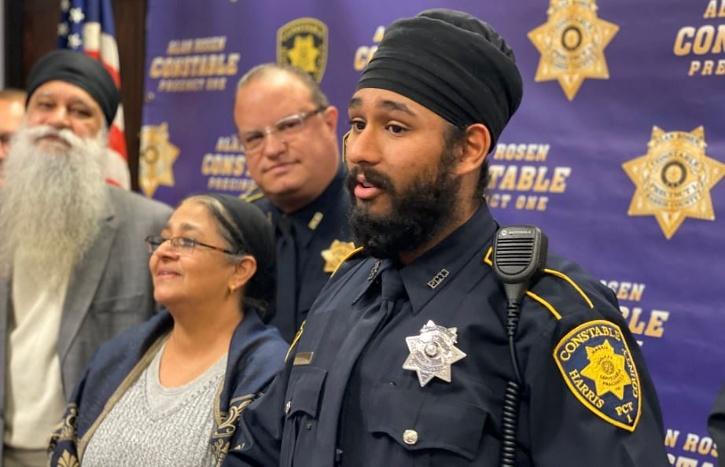 The 21-year-old wears the articles of his faith — turban and beard — proudly while serving in the line of duty, Indica News said in a report on Friday.

Singh was sworn-in on Tuesday.

After the swearing in ceremony, Singh said: “Growing up, I always wanted to be a Deputy and my Sikh faith was also very important to me. Constable Alan Rosen was the first one to give me a call back. He opened this agency with open arms for me.”

Singh will now have to undergo months of field training, after which he will be assigned to patrol.

The swearing-in ceremony also coincided with the adoption of the new policy by the state that allows law enforcement officers in nearly every single Harris County Constable’s Office to wear articles of their faith while in uniform.

The policy came into force to honour the memory of Sandeep Singh Dhaliwal, the first Sikh Deputy in Harris County who was shot dead while on duty last September, reports Indica News.

Following the death of the officer, law enforcement agencies in California, Washington and in Texas have signalled willingness to change their policies, said Manpreet Singh of the Sikh Coalition.

The new policy has been welcomed by the members if the Sikh community residing in the US.