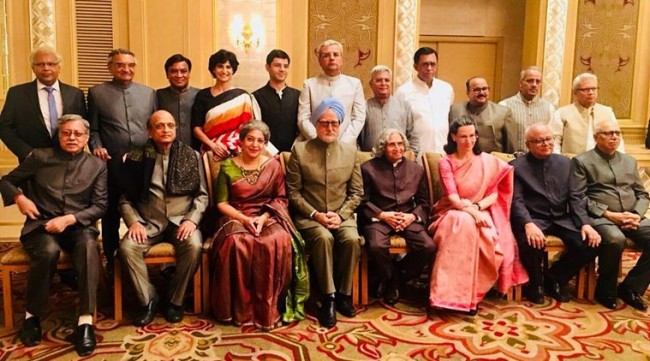 If you enjoy political satires, “The Accidental Prime Minister” may not be the film that its makers would recommend for you. Outwardly, the intent and purpose of this fiercely political parable is to give us the “real” picture of former Prime Minister Manmohan Singh’s parent party and how it manipulated him into fronting their dynastic designs.

And how much more real can it get than Anupam Kher as Mr. Singh? The beard, the turban, the soft hushed barely audible voice (make sure you get your seats in a Dolby equipped theatre)… Anupam gets the externals so right that we scarcely care about what lies beneath.

And what lies! If we are to believe this film, then Manmohan Singh was a ‘baba’ in the woods, an angel in disguise, a scholar and academician thrown into the cesspit of politics, manipulated into supporting the Congress monarchy by a scheming mother-son pair. And we all know who they are, giggle giggle.

There is nothing accidental about “The Accidental Prime Minister”. The not-so-hidden agenda is to show Sonia Gandhi and her two children in the worst light possible. And it can’t get any worse than Suzanne Bernert as Sonia Gandhi. Suzanne arches her eyebrows so sharply, I feared for her facial well-being.

Every actor cast as real-life politicians has been given a clear brief to look as much as the real-life politician as possible. The line between acting and mimicry is invisible in the politics that underlines this political charade. In the theatre, I heard delighted exclamations of recognition, the kind we hear when a stand-up comedian does an Amitabh Bachchan or a Shatrughan Sinha on stage.

If you want to play spot-the-politician, this film is huge fun. My top prize for the most enjoyable mimicry goes to the talented Arjun Mathur and Aahana Kumra as Rahul and Sonia Gandhi. If ever the real Gandhi siblings need duplicates while they holiday abroad, they know where to go.

The only actor not doing an impersonation is Akshaye Khanna. Playing Sanjaya Baru, Akshaye brings to the proceedings a gravitas that this film doesn’t need or deserve. He is like that one honest bureaucrat in an office filled with bribe takers. But he has his uses.

Akshaye and Anupam anchor the plot (and I am not talking about just the screenplay but the plot that underlines the raison d’etre of this film). Their exchanges exhibit sparks of unexpected irony and intelligence, as if two actors recognise the potential in each other knowing fully well their collective wisdom is unsupported by anything else around them.

Both these actors make the hullabaloo over Singh and the Gandhis look more tenable than it would have without them.

“The Accidental Prime Minister” works well as a pantomime of power politics. Beyond that, we will have to wait for another day, another time, another regime.

Tulsi Gabbard to run for President in 2020