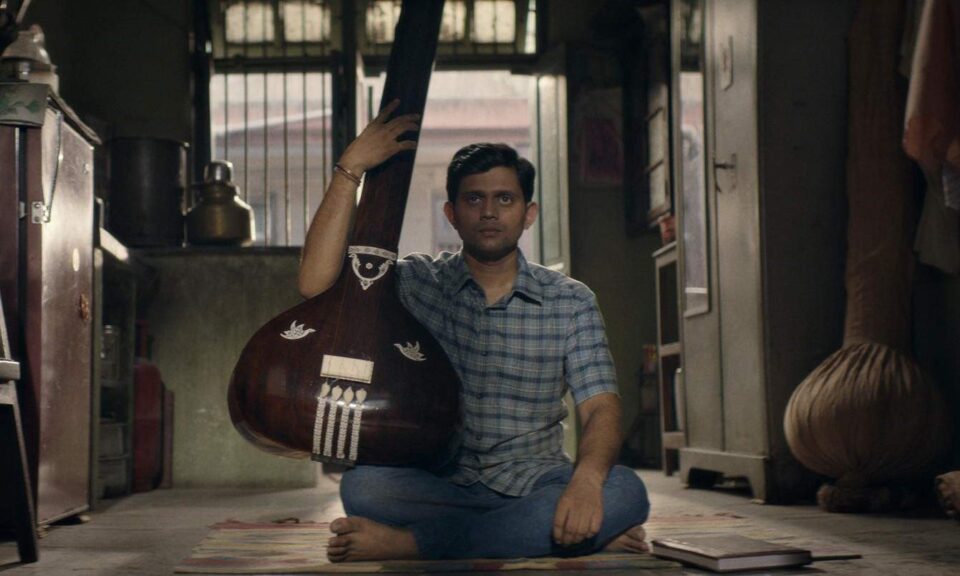 Chaitanya Tamhane’s new film intricately weaves diverse threads. It talks of the state of Hindustani Classical music and its ‘Guru-Shishya parampara’. There is adequate reference to the blatant commercializing of music, as well as how myths are created around icons in the world of art. Importantly, in a sublime final scene, the film leaves a lingering question. What really is the mark of purity in art — does it lie in rigorous learning, or is it about simplistic rendition that communicates to all with sincerity?

Tamhane’s new film, which boasts of Oscar-winner Alfonso Cuaron as an executive producer, is exceptional for the way it reiterates the value of the musical as a cinematic genre. Richly laced with remarkable classical recitals, the narrative uses its music quotient to do more than merely move the story forward. Here, music is a character in the plot.

“The Disciple” marks Tamhane’s return to direction after his globally acclaimed 2014 debut directorial feature “Court”. While his new film has similar nuanced portrayal of characters and a keen introspection of reality, the varied plot lends to a different approach in storytelling. “Court” unfolded as caustic satire, using an unflinching gaze at judiciary and caste discrimination. While the film conveyed quiet anger over societal imbalance and corruption in the system, Tamhane’ new effort looks within, into the protagonist’s psyche in search of angst. “The Disciple” is a difficult coming-of-age saga, tracing a journey from youth to resignation, and encompassing elements of doubt and confusion in its wake.

Tamhane’s triumph here is not just about brilliant writing and execution. A large part of the authenticity is because of the perfect casting. The protagonist Sharad Nerulkar is essayed by Aditya Modak, a trained classical singer. As Sharad’s guru Pandit Vinayak Pradhan, Tamhane casts Arun Dravid, a classical exponent and Kishori Amonkar’ disciple.

The film traces Sharad’s story through three phases of his life. The narrative begins in his twenties, and shifts time frames between his past as a child, with a focus on his father who was also a classical singer. There is also Sharad of the late thirties and beyond.

Sharad of the mid-twenties is devoted to his pursuit of excellence. He fails to win at a classical music competition somewhere around the start of the story, and accepts with fact betraying no sadness. It is a temperament he maintains through much of what unfolds. Sharad’s anguish is more private — he is racked by a streak of self-doubt that, among other things, often hampers his ability to perform on stage. Much later, he is plagued by a sense of confusion and disillusionment when he realises certain truths about ideals.

An important aspect of the story is Sharad’s relationship with his guru, Pandit Vinayak. Sharad worships Vinayak who, in turn, was a disciple of his mother, or Maai. We never see Maai in the narrative, but Sharad’s silent deifying of his mother is conveyed in the narrative by the way he values the audio tapes she left behind, of lectures on music and the musician’s code (voiced impressively by Sumitra Bhave).

“The Disciple” celebrates the craft of filmmaking as few films do. It is a harmony of cinematic excellence in every department. Tamhane’s vision as writer, director and editor is brought to life by the entire cast, and also gets exquisite expression in the cinematography of Michal Sobocinski and the efforts of the music team, led by Aneesh Pradhan and Naren Chandavarkar. The film demands your interest if you truly value the aesthetics of cinema.