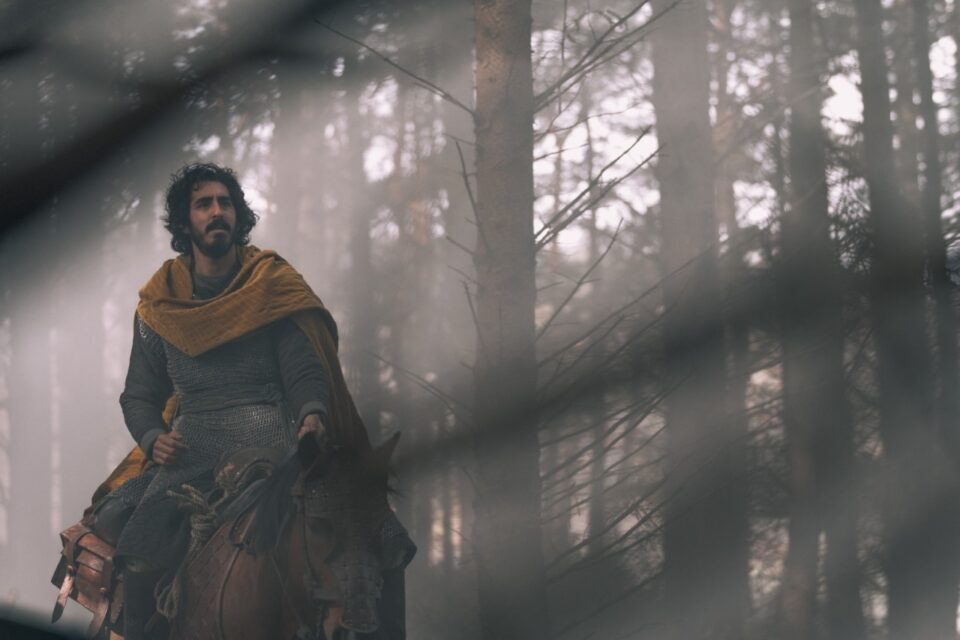 This fantasy-adventure film by director David Lowery is a visual adaptation of ‘The Chivalric Romance’, a piece of classic narrative from the Arthurian Legends, which was anonymously published in the late 14th century.

Set in the medieval era, the narrative tells us the story of King Arthur’s reckless and headstrong nephew, Sir Gawain, a carousing young man who embarks upon a daring quest to confront the “tester of men”, the titular green, ‘Groot’-skinned giant.

During one of the Christmas celebrations, King Arthur cajoles Gawain and his assembled knights, “Regale me and your queen, some myth or canto of thine own purport,” when all of a sudden and mysteriously, the Green Knight appears and throws an open challenge in the court.

The Green Knight says to King Arthur, “Oh greatest of kings. Indulge me in this friendly Christmas game. Let whichever of your knights, boldest of blood and wildest of heart, step forth, take up arms and try with honour to land a blow against me. Whosoever nicks me shall lay claim to this; my arms, glory and riches shall be thine. But … .”

A year later the knight who strikes him must seek the giant in his lair and let him return the blow, be it with a scratch or a cut on the throat. The giant would then return what was given to him and then in trust and friendship they would part.

Charged to impress, Sir Gawain accepts the challenge. He steps towards the giant and chops off his head. Then the decapitated giant picks up his head and rides off into the sunset.

Soon, a year passes by, and Gawain hits the road towards the giant’s den. Gawain’s journey, packed with ravishing and enigmatic adventures, is an odyssey of self-discovery that defines his character, thus forming the crux of the narrative.

The fantasy trip appears surreal and could be confusing at times, but the plot, divided into chapters with literary headings, makes it simple and easy to understand the flow of events.

It immerses us into Gawain’s journey, especially when he’s attacked by scavengers and left for dead, or when he encounters the moody sorceress Winifred (Erin Kellyman). Also, there are sequences at the home of a strange Lord (Joel Edgerton) that help you conjure up the temptations a true knight faces.

This film is Dev Patel’s canvas. As Sir Gawain, he has shown his passion for becoming his character and he nails it with perfection. He is aptly supported by a cast that’s dependable. It includes Alicia Vikander in a double role – one as the whore Essel and the other as The Lady, Sarita Choudhury as Morgan Le Fay, Gawain’s mother, and Joel Edgerton as the Lord.

Visually the film is breathtaking. The film literally offers jaw-dropping visuals and the computer-generated images mesh seamlessly with the live-action shots. The sheer beauty of the locales is incredibly captured by Andrew Droz Palermo’s cinematography. The exterior shots appear picture perfect; the interior shots, because of the absence of proper lighting, appear dim and dark.

The film also boasts of excellent sound design, which is evident from the first frame till the last, and the haunting score accompanying the visuals elevates the viewing experience.

Overall, with brilliant production values and an outlandish narrative, the film does transport you to the fable land.