Atlanta, GA, May 31, 2017: The multi-faceted Rajesh Jyotishi can now add author to his long list of accomplishments. His book, ‘The Money Talk’ was launched on Sunday, April 30 at the Pinckneyville Recreation center in Berkeley Lake.  The event was attended by about 300 friends, clients and well wishers.

“It was a nice celebration after completing a writing project that took several years to complete,” said Jyotishi, about the book launch.

At the event, where he was introduced to the gathering by his father Chittaranjan Jyotishi, the author spoke about what inspired him to write the book and also record his music CD “Carpe Diem”.  Attendees who bought his book also received a free copy of the CD. 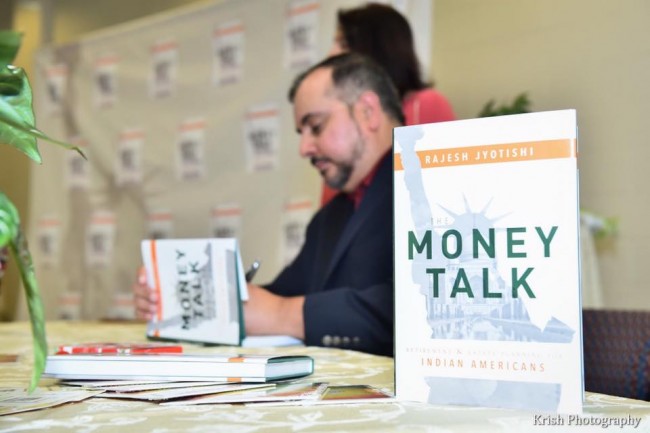 “The Money Talk” is the first book in theUSto talk about retirement and estate planning for Indian-Americans. What motivated him to write a book on this topic, and specifically for the Indian mind-set?

“For the last quarter century, I have had the honor and privilege of serving this community in Georgiaand surrounding areas, not only for their insurance, investment, financial planning, and employee benefits needs, but also through Khabar Magazine.”

This gave him a unique perspective on financial planning for a community whose views on money, retirement and legacy planning often differ from the Western approach that is predominantly seen in the market. 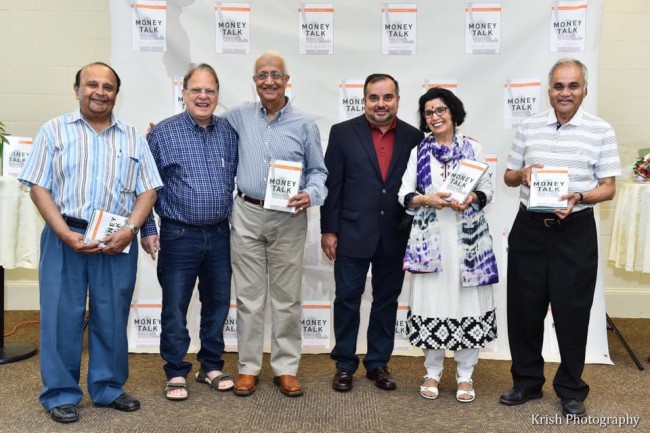 The Indian mindset is a little different from the western mindset when it comes to retirement planning, Jyotishi said.  “Maybe it’s because we come from a culture where the parents live with their children in retirement and the children take care of their parents.”

While writing the book, he conducted surveys from his clients and friends and found that less than 10% of the people had any long term care in plan and more than 50% had no estate plan to transfer their wealth to the next generation.

“Our community has done well in so many areas including in healthcare professions, hotels, retail and it would be a shame if we didn’t plan adequately for our retirement and take care of ourselves in our golden years,” Jyotishi said.

The purpose of the book is to open the mind of the reader.  It’s an easy read with simple language, lots of stories and case studies to drive the points home.  Jyotishi has priced the e-book at just 99 cents so that it reaches and benefits as many Indian-Americans as possible.

The Money Talk is receiving some very good reviews on Amazon as well as within the Indian community in Atlanta.

You can find out more about the book and Rajesh on his personal website at www.RajeshJyotishi.com

Over 1000 women attend festival held in their honor