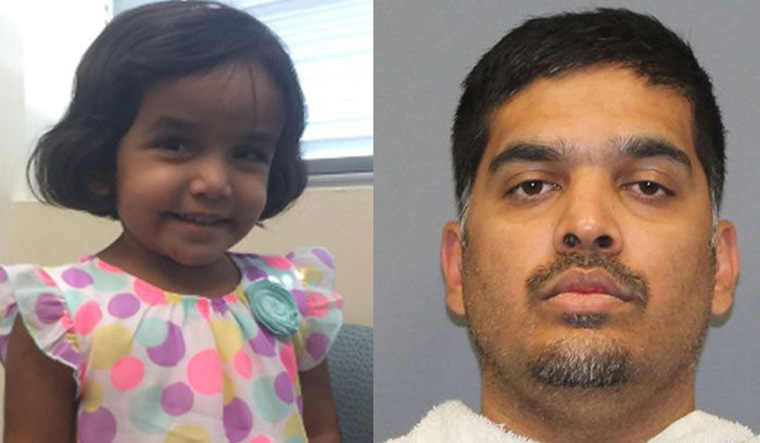 Washington, June 25 (IANS) Wesley Mathews, the adoptive father of three-year-old Indian girl Sherin Mathews who was found dead in a ditch in the US state of Texas in 2017, has pleaded guilty to a lesser charge, the media reported.

Wesley Mathews, 39, has been accused of killing Sherin Mathews and hiding her body in a culvert in suburban Dallas in October 2017.

On Monday, the high-profile capital murder trial of Wesley Mathews took an unexpected turn before it began at Dallas County District Court. He pleaded guilty to a lesser charge of injury to a child by omission. The lesser charge comes with a lighter possible sentence, nbcdfw.com reported.

Sherin Mathews reportedly suffered several broken bones since coming to the US and had failed to thrive, according to testimony provided by medical professionals. Evidence of alleged abuse she suffered at the hands of her foster father, acting alone or with the help of her foster mother Sini, will be presented to the jury in the punishment phase.

Wesley Mathews had been charged with “capital murder of a person under the age of 10” in the death of his 3-year-old special needs adoptive daughter in October 2017.

It was unclear if his guilty plea removes the additional charges of capital murder and tampering with a corpse, according to the report. But entering the guilty plea immediately moved Mathews’ trial into the punishment phase on Monday.

Prosecutors said on Monday that Sherin Mathews’ body was so badly decomposed when found that they were unable to determine exactly what caused her death.

Further details were expected to be revealed during Wesley Mathews’ trial. He will be taking the stand in his own defence and his attorney said his client has accepted responsibility for what he’s done — injury to a child by omission and not calling helpline 911.

His wife Sini was reportedly sleeping at the time of the incident. She was previously charged with child endangerment for allegedly leaving the girl alone in the kitchen on the evening of October 6, 2017, while she, Wesley and their biological daughter, went out to dinner.

The charge against Sini Mathews was dropped in March and she was released from the Dallas County Jail.

The Mathews’ parental rights over their biological daughter were terminated in January 2018.