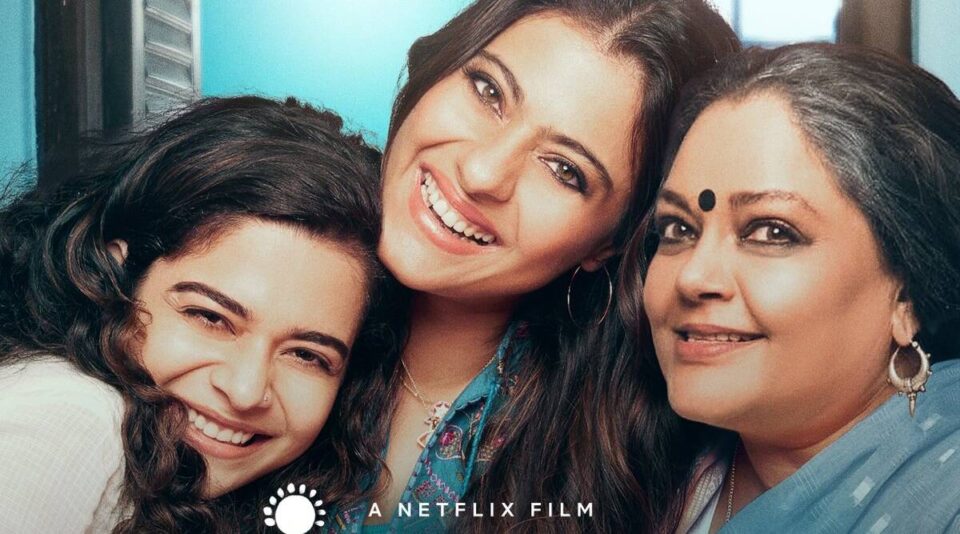 The great thing about Kajol is she can light up a scene as few stars do, with her zeal to enthral. The flip side is she can burn down a scene, too, if the zeal goes overboard. It is a rarity, but we have seen it happen.

In Tribhanga, Kajol reveals both the tendencies and, since the drama is largely defined by her screen presence, the film ends up a peculiar mix of the brilliant and the banal.

Renuka Shahane’s first Hindi film as director starts off riding the Kajol factor, besides the fact that it makes a couple of pertinent points about mother-daughter relationships that were, on script at least, powerful enough provoke reflection.

Shahane pens a story of three generations of women who stand out for the very specific choices they make in life, and the dysfunctional relationship they share. Tanvi Azmi plays acclaimed novelist Nayantara Apte, who shares an uncomfortable bond with daughter Anuradha (Kajol), a filmstar and Odissi dancer. Anuradha’s daughter Masha (Mithila Palkar) has opted for a more conventional lifestyle compared to her celebrity parent and grandparent.

The drama unfolds primarily through the gaze of Milan (Kunaal Roy Kapur), who starts out as Nayantara’s aide in an autobiography project of the author. The story kickstarts with Nayantara hospitalized in a comatose stage. Anuradha, it emerges, resents her mother. She blames her mother for knowingly being apathetic through a dark chapter in her teenage.

The film derives its title from the Tribhanga pose in Odissi dance. It is an imperfect posture, nonetheless beautiful. The dance pose as well as its name seem to define the lives of the three women.

Much of the film’s appeal lies in Shahane’s straightforward storytelling while focusing warts that lie hidden at the heart of each relationship. By turns shocking, sentimental and painful, the memories that Anuradha harbors about her mother become the backbone of the narrative. Shahane’s executes these flashback moments unflinchingly.

To her credit, the filmmaker uses the generation gap between Nayantara and Anuradha effectively, to show the changing character of gender politics in society. Yet, If Anuradha would seem to be more empowered as a young woman compared to what her mother was, the former has her own demons to battle, too.

The film’s intention is undoubtedly noble, but the execution is not without flaws. The overall style is far too melodramatic to allow any sort of nuanced exploration of relationships. The narrative is marked by intermittent loud treatment (suitably matched by an otherwise brilliant Kajol’s screechy outbursts in such scenes).

The fact is the film tries to talk of too many things within 90-odd minutes becomes a problem, too. Perhaps Shahane ought to have accorded herself a longer runtime. This is, after all, a screenplay that tries accommodating everything from domestic violence to child abuse to the orthodox mother-in-law who would rather have her bahu focus on kitchen duties than hone her gift at writing. The film triggers an interesting conversation when a mother insists that she has the right to give her children her surname, because she has singlehandedly raised them.

Riding the advantage of a cast in good form, Shahane could have given her story a runtime of a couple of hours at least, to realise the full potential of her effort.