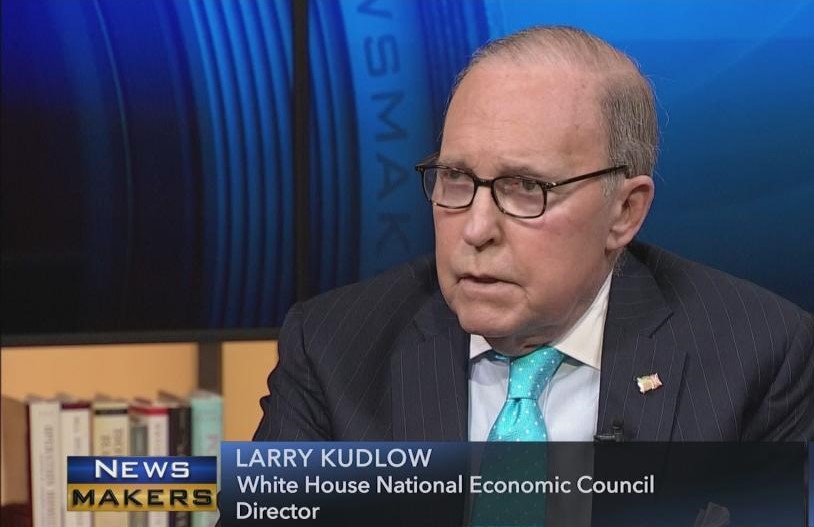 New York, July 24 (IANS) Senior US administration official Larry Kudlow has made a perfunctory defense of President Donald Trump’s credibility, but would not go into the specifics of his claim about being asked to mediate on Kashmir.

Asked by a reporter on Tuesday about India’s denials of Trump’s stunner that Prime Minister Narendra Modi had asked him to be a “mediator or arbitrator” on Kashmir, Kudlow shot back, “That’s a very rude question in my opinion.”

Kudlow, who is the director of the National Economic Council asserted, “The President doesn’t make anything up.”

But beyond that, he would not get into the specifics of whether Modi had indeed asked for Trump’s intervention and if he was telling the truth about it.

He said, “I am going to stay out of that. It’s out of my lane. It’s for (Secretary of State) Mr (Mike) Pompeo, (National Security Adviser) Mr (John) Bolton and the President. So I am not going to comment on that.”

Trump had said on Monday, “I was with Prime Minister Modi two weeks ago, and we talked about this subject. And he actually said, ‘Would you like to be a mediator or arbitrator?’ I said, ‘Where?’ He said, ‘Kashmir’.”

The Trump administration official in charge of South Asia, Principal Deputy Assistant Secretary Alice Wells, has herself walked back on the President’s statement, reaffirming it was a bilateral matter.

She tweeted, “While Kashmir is a bilateral issue for both parties to discuss, the Trump administration welcomes Pakistan and India sitting down and the United States stands ready to assist.”

Foreign Minister S. Jaishankar has denied in Parliament that Modi had made any such request at his meeting with Trump in Osaka on the sidelines of the G-20 summit in Tokyo.

He said on Tuesday, “I assure the House categorically that no such request has been made by the Prime Minister to the US President. It has been India’s consistent position that all outstanding issues with Pakistan are discussed only bilaterally. Any engagement with Pakistan would require an end to cross-border terrorism.”

Defence Minister Rajnath Singh said in the Lok Sabha on Wednesday, “It is true that talks between the US President and our Prime Minister took place but there was no talk on the Kashmir issue.

“I also want to clarify that there is no question of accepting anybody’s mediation on Kashmir issue,” he added.

Trump is known for playing loose with facts and making things up on the go to dramatise matters.

A whole fact-checking industry has risen around his almost daily flow of verbiage of dubious veracity.