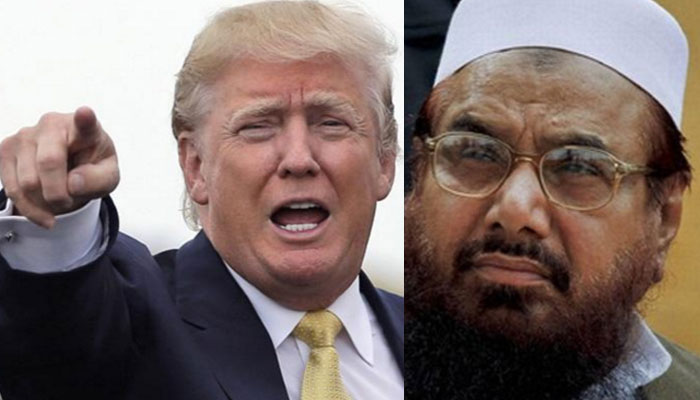 New Delhi, July 17 (IANS) US President Donald Trump on Wednesday claimed credit for the arrest of Hafiz Saeed by Pakistan government, saying great pressure has been exerted over the last two years to find him even as India is yet to officially react to Islamabad’s action.

Terming Saeed as “so-called mastermind” of the Mumbai terror attacks, Trump said he has been arrested after a ten-year search.

The arrest of Hafiz Saeed came ahead of the International Court of Justice (ICJ) verdict in favour of India on staying the death sentence of Kulbhushan Jadhav.

Hafiz Saeed’s arrest was also seen as Islamabad reaching out to Washington ahead of Pakistan Prime Minister Imran Khan’s meeting with Trump. Pakistan has also joined the US, Russia and China in finding out a peace solution in Afghanistan by bringing Taliban on board. The move has not gone down well in India as it was kept out of the crucial initiative.

New Delhi is also opposed to postponment of elections in Afghanistan.

Pakistan has also opened up its airspace for traffic from India after blocking it for more than five months in the wake of border tension.

India sees Pakistan government’s action with suspicion and the so-called crackdown against terrorists is seen as diversionary tactics.